Franken on hand for Obama inauguration 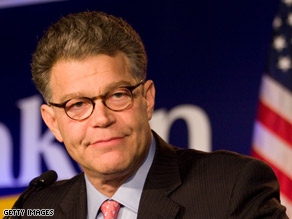 Franken and former GOP Sen. Norm Coleman are still locked in a bitter fight for the U.S. Senate seat from the state of Minnesota.

A Coleman spokesman said the Republican will be at home in the Twin Cities.