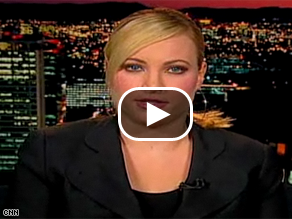 (CNN) - It was a long and grueling presidential campaign, but two days were particularly hard for Cindy McCain.

In an interview with CNN, daughter Meghan Mcain said the two worst days for her mother were Election Day and October 17 - the day the New York Times published a lengthy and largely critical profile of Mrs. McCain.

"The New York Times profile of her came out which I think was a hard day for everyone," Meghan McCain said. "It was a very, in my opinion, not a very good article. It was actually being used in journalism classes as an example of the poor profile on someone, no one ever interviewed her. And it was a very hard thing to read."