Paterson: 'No signal from me' for Kennedy to quit Senate effort

NEW YORK (CNN) - New York Governor David Paterson said Sunday that Caroline Kennedy "had gotten no signal from me that she had to withdraw" before Kennedy ended her effort last week to fill Hillary Clinton's vacant U.S. Senate.

Appearing at a news conference with the person he picked to fill that seat - Democratic Rep. Kirsten Gillibrand of Hudson in upstate New York - Paterson briefly answered reporters' questions about the Kennedy withdrawal, saying the decision was entirely hers.

"Caroline Kennedy called me on Wednesday to inform me that for personal reasons she had to withdraw," Paterson said.

Paterson was not asked what might have happened if Kennedy had stayed in contention but said, "There was nothing that would have prohibited her from
serving. She took her name out of consideration."

When he announced Gillibrand's selection Friday, Paterson declared, "I believe that I have found the best candidate to be the next United States senator from New York."

In her turn at the microphone Sunday, Gillibrand made no reference to Kennedy, trying instead to fend off criticism of her selection as a little-known congresswoman from a mostly rural district in upstate New York.

Much of that criticism has come from her consistent support of gun-owner rights.

"I grew up in a family of hunters," Gillibrand said. "I very much believe in protecting hunters' rights - it is a core value for our region and our state."

END_OF_DOCUMENT_TOKEN_TO_BE_REPLACED

WASHINGTON (CNN) - First it was the uproar over the appointment by Illinois Gov. Roy Blagojevich of former state attorney general Roland Burris to fill President Barack Obama's remaining term in the Senate.

Then, New York Gov. David Paterson appointed Democratic Rep. Kirsten Gillibrand to the Senate seat now vacated by Secretary of State Hillary Clinton - creating a political circus over why Caroline Kennedy was given the cold shoulder.

On Sunday, Feingold, said he plans to introduce an amendment to the U.S. Constitution to end appointments to the Senate by governors. Feingold, who is the chairman of the Senate Judiciary Subcommittee on the Constitution, will advocate a special election instead.

“The controversies surrounding some of the recent gubernatorial appointments to vacant Senate seats make it painfully clear that such appointments are an anachronism that must end," he said in a press release.

END_OF_DOCUMENT_TOKEN_TO_BE_REPLACED

Obama looks to cash in some political capital

[cnn-photo-caption image=http://i2.cdn.turner.com/cnn/2009/POLITICS/01/25/obama.economy/art.obamajobs.gi.jpg caption="President Barack Obama is trying to get Republicans on board his plan to stimulate the economy."]

WASHINGTON (CNN) - President Barack Obama, who arguably won a large chunk of political capital in the 2008 election, is now looking to cash in as he urges Congress to pass a massive economic stimulus package.

But questions about how to spend the money and concerns about the last stimulus package under former President Bush, may create a roadblock.

It's something the newly minted president is hoping to avoid. But like most things in Washington, cooperation doesn't come easy.

And that may be why Obama painted an extremely grim portrait of the nation's economy on Saturday - just hours before he met with his economic team, and days before he meets with Republicans leaders on Capitol Hill.

"We begin this year and this administration in the midst of an unprecedented crisis that calls for unprecedented action," he said in his weekly radio and Internet address. "Just this week, we saw more people file for unemployment than at any time in the last 26 years, and experts agree that if nothing is done, the unemployment rate could reach double digits."

The president urged congressional members to quickly pass an $825 billion economic stimulus package, which he hopes will create up to 4 million jobs over the next two years.

McCain: I won't be a 'rubber stamp' for Obama

[cnn-photo-caption image= http://i2.cdn.turner.com/cnn/2008/images/11/18/art.mccainreelect.gi.jpg caption="McCain says his new role after a bruising election is that of loyal opposition."]

WASHINGTON (CNN) - Sen. John McCain, who faced a long, bruising campaign against President Obama, has taken on a new role in the Obama administration: "Loyal opposition."

McCain defined his role as, "[To] help and work together where I can, and stand up for the principles and the party and the philosophy that I campaigned on and have stood for for many years," to Chris Wallace on Fox News Sunday.

McCain, who has long championed bipartisanship in Washington, said while it's important for Americans to come together, it doesn't mean "that as the loyal opposition that I or my party will be a rubber stamp."

But the former Republican presidential candidate said he can use his experience to help Obama with a long-standing problem besides the economy.

"I think I can help in devising a strategy for Afghanistan. The hard truth is that the Afghan war has deteriorated," he said.

McCain's comments come amid recent U.S. bombings targeting al Qaeda in the Waziristan area of Pakistan on the border with Afghanistan. The rocky terrain has long been seen as a haven for Osama bin Laden and al Qaeda operatives.

CAIRO, Egypt (TIME) - President Barack Obama got off to a good start last week where the Middle East is concerned, using his first full day on the the job to phone four key regional leaders to discuss peacemaking plans, then following that up on Thursday by announcing the appointment of former Sen. George Mitchell — widely respected for his work in brokering peace in Northern Ireland and previous mediation efforts in the Israeli-Palestinian conflict — as the U.S. special envoy to the Middle East.

Yet, as someone who has reported on the countless peace conferences, U.S. peace plans and peace missions by secretaries of state and special envoys since President Ronald Reagan was in office — and also documented the rage and exasperation at America that the issue has caused throughout the Arab world — I have some advice for President Obama: Achieving peace will take more than simply reinvigorating diplomacy, and relinquishing the Bush Administration's preference for the use of force to address the region's problems. To succeed, Obama needs a new Middle East policy, one that genuinely addresses the needs, interests and aspirations of the region itself. 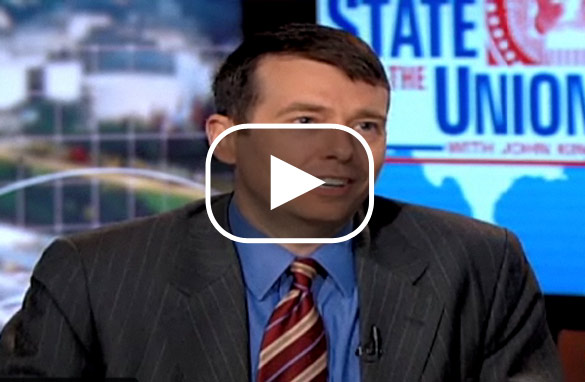