'Things have not yet bottomed out,' Obama aide says 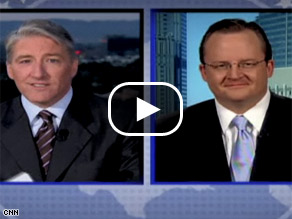 (CNN) – While the White House basks in passage of the $787 billion stimulus package intended to jump start the nation’s sagging economy, a senior aide to President Obama is also sounding a note of caution about the immediate impact of the legislation.

“The President is focused on making sure that, that money gets out the door very quickly,” White House Press Secretary Robert Gibbs said Sunday on CNN’s State of the Union.

“Certainly the number of jobs that we’ve lost over just the last three months shows you that the economy is actually getting worse right now, not getting better. So I think it’s safe to say that things have not yet bottomed out. They are probably going to get worse before they improve.”

Gibbs also said the new president would continue his efforts to reach out to Republicans even though the massive stimulus bill received no GOP support in the House and only three Republican votes in the Senate.