President Barack Obama announced the plan Wednesday, saying it will help up to 9 million people keep their homes in a housing market ravaged by foreclosures. But critics, including several leading Republicans and some commentators, said the $75 billion proposal will unfairly help some people at the expense of others.

White House spokesman Robert Gibbs acknowledged Friday that some people who made "bad decisions" might end up getting help under the proposal. But Donovan, Obama's secretary of housing and urban development, told CNN's "State of the Union" on Sunday that "there are no 'flippers,' investor-owners or scammers that are eligible for this program."

"We're going check everybody's income when they come into this program. We're going to make sure that people are paying their bills. And more than anything, we're targeting the folks who are playing by the rules," Donovan said.

The administration's proposal would make it easier for homeowners to afford their monthly payments either by refinancing the mortgages or having their loans modified. And it would vastly broaden the scope of the government rescue by focusing on homeowners who are still current in their payments but at risk of default 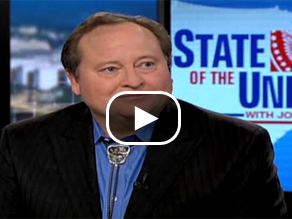 Gov. Schweitzer discussed his views of the stimulus and Sarah Palin's absence from the NGA this weekend.

(CNN) – Many of the nation’s governors descended on Washington for the National Governors’ Association meeting this weekend, but a famous face was absent: Alaska governor Sarah Palin.

Montana Gov. Brian Schweitzer, who co-chairs the NGA's Natural Resources Committee with Palin, told CNN he wishes she was there.

"Fewer TV cameras will be there and I have to stay all the way to the end to report, so I wish she was here," Schweitzer joked on CNN's State of the Union.

END_OF_DOCUMENT_TOKEN_TO_BE_REPLACED

[cnn-photo-caption image= http://i2.cdn.turner.com/cnn/2009/images/02/22/art.govs.gi.jpg caption=" Govs. Jindal, Pawlenty, and Sanford would not rule out running for president in 2012."](CNN) - In January of 2006, Illinois' junior senator definitively stated on NBC's Meet the Press that he was not interested in running for president.

"What I'm saying is I'm running for re-election. I have no, no plans beyond that," Louisiana Gov. Bobby Jindal said on Meet the Press after facing repeated questions about his political future.

Pawlenty, meanwhile, said he is currently deciding whether to run for reelection in 2010.

"I'm first thinking about running for reelection for governor in the state of Minnesota, and that's my focus. And if I do, you know, people would expect you to serve out that term," he said.

To be sure, all three answers were significantly less definitive than the answer then-Senator Obama gave in 2006.

"I will serve out my full six-year term," he said then. "My thinking has not changed." 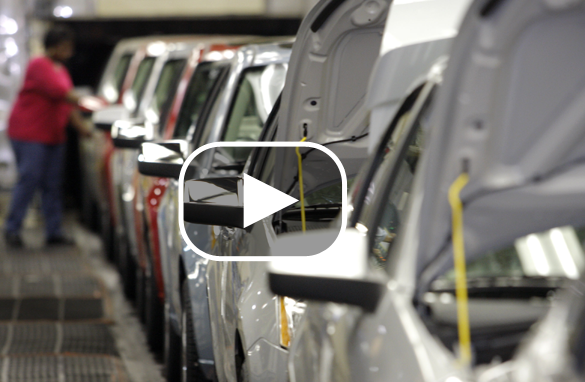 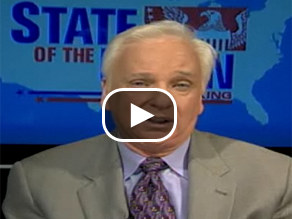 (CNN) - It has become one of MSNBC host Chris Matthew's most infamous lines of the 2008 presidential election:

"I felt this thrill going up my leg," Matthews said the night Obama resoundingly defeated rival Hillary Clinton in the Virginia and Maryland Democratic primaries.

And former CBS News Correspondent Bernard Goldberg, who has long alleged liberal bias in the media, highlighted that line as indicative of the media's "slobbering" press coverage of candidate Obama during his campaign for the White House.

Goldberg, the author of the new book “A Slobbering Love Affair,” credits the media coverage of the 2008 presidential election for ultimately resulting in Barack Obama's victory.

He specifically faulted coverage of the prolonged Democratic primary campaign, during which two historic candidates contentiously squared off.

"I think in elite liberal circles, certainly inside the media, race trumps gender, and that's why they slobbered over Barack Obama, and took Hillary Clinton to the back room and beat her with a rubber hose,” Goldberg said.

END_OF_DOCUMENT_TOKEN_TO_BE_REPLACED 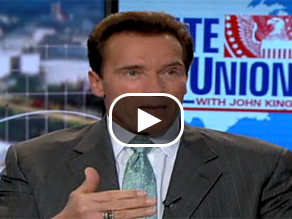 Gov. Schwarzenegger is a fan of the stimulus measure.

(CNN) - California Gov. Arnold Schwarzenegger on Sunday declared President Obama's stimulus plan is "terrific," an assessment that sharply differs from many of his Republican colleagues.

In an appearance on CNN's State of the Union, Schwarzenegger said he welcomes his state's share of the massive $787 billion package, believing it could create as many as 400,000 new jobs.

"We welcome this economic stimulus package. I think it's terrific and will help us," the California governor said. "We were happy even though there's…people complaining. It's not what they envisioned, but what is? The people will give you 1,000 different answers.

"It was Obama that got elected. He put the package together, so let's support it," he also said.

Schwarzenegger's comments differ sharply from those of Mississippi Gov. Haley Barbour, who earlier on State of the Union said he would turn down some of the stimulus money because it could lead to future spending requirements from his state.

END_OF_DOCUMENT_TOKEN_TO_BE_REPLACED

Barbour, a former chairman of the Republican National Committee, said Obama's recent travel is an indication that the new president is already running for reelection.

"He's going to those places for a reason," Barbour said on CNN's State of the Union. "I mean David Axelrod, who's his campaign consultant/manager/guru really is one of the brightest, most capable people in American politics. And so this is what we've become accustomed to, the perpetual campaign."

In the last few weeks, the president has visited Florida, Ohio, Indiana, Virginia, and Colorado - all states that voted Republican in the 2004 presidential election but flipped to the Democrat's side in 2008. Obama has also visited Arizona - the home state of his former rival, Sen. John McCain, and a state he'd like to turn blue in 2012.

The White House has said the president specifically visited those states because they are among the hardest hit by the nations sputtering economy and home foreclosure crisis.

McConnell stops short of calling for Burris to resign 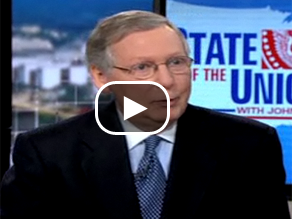 Watch McConnell on CNN's State of the Union.

"I think the Ethics Committee can work," the Kentucky Republican told CNN's John King on State of the Union. "I think in this particular instance, it ought to work quickly, and resolve these differences and make a recommendation to the full Senate."

News surfaced last week that Burris had spoken with impeached Illinois Gov. Rod Blagojevich's brother on more than one occasion about the possibility of raising money for the former governor before being appointed to his Senate seat.

The Senate Ethics Committee has launched a preliminary investigation into the matter.

Barbour to pass on some stimulus funds, Patrick wants them 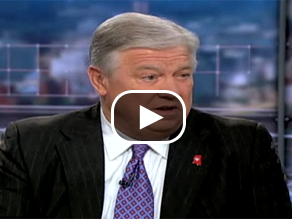 Govs. Barbour and Patrick clash over the stimulus measure.

(CNN) - Mississippi Gov. Haley Barbour, a Republican, reiterated Sunday he will reject some of the funds in the massive $787 billion stimulus measure if it forces his state to spend its own money in the future.

Speaking on CNN's State of the Union, Barbour specifically cited an unemployment reform package included in the stimulus bill calling for an increase in benefits as evidence his state would have to pick up the tab on the provision in a couple of years.

"I mean, we want more jobs," he also said. "You don't get more jobs by putting an extra tax on creating jobs."

Massachusetts Gov. Deval Patrick, a Democrat, appearing with Barbour, disagreed with the Mississippi governor’s assertion but acknowledged that states will have to be prudent about what to do once the stimulus money runs out. For now, Deval said he is prepared to accept all the money allotted to his state in the measure, specifically citing its effects on improving the nation's infrastructure.

Fifty-five percent of those questioned in a CNN/Opinion Research Corporation survey released Sunday say they believe the news media's been fair in covering Obama since he was inaugurated as President on January 20. Twenty-six percent suggest that the media's not been critical enough, with 18 percent feeling that the news media's been too critical.

But the poll indicates that there is a partisan divide.

"Democrats and Independents view media coverage of Obama as fair. But 56 percent of Republicans say the media have not been critical enough of Obama," says CNN Polling Director Keating Holland.

The CNN/Opinion Research Corporation poll was conducted Wednesday and Thursday, with 1,046 adult Americans questioned by telephone. The survey's sampling error is plus or minus three percentage points.