During her interview in Ankara, an audience member questioned the Secretary of State about the first time she fell in love. "It was so long ago, with my husband," she told the audience composed of mostly young people. "We've been enjoying our life together ever since."

Clinton weighed in on life outside politics, saying the best moments are those where she can simply be herself.

"My favorite times are when my husband and my daughter and I are together. We go to the movies, we talk and play games together – card games and board games. We go for long walks," she said. "It's not easy, but I work really hard to find those quiet times when the spotlights aren't on and when you can just be yourself and be with people that you enjoy and love. Those are the best times in life."

Even while on an overseas, Clinton wasn't spared a question about her marital challenges. When asked about her swearing-in speech and how she thanked her husband for a "lifetime of all kinds of experiences," Clinton said she overcame some of the more bitter incidents with "love - and forgiveness."

"Family, faith, friends, are the core of my life and I don't know anybody whose life is smooth sailing," Clinton said.

END_OF_DOCUMENT_TOKEN_TO_BE_REPLACED

Podcast: ‘Taking the politics out of science’

[cnn-photo-caption image= http://i.l.cnn.net/cnn/2008/images/01/23/art.cepd.cnn.jpg caption="CNN=Politics Daily is The Best Political Podcast from The Best Political Team."]
(CNN) – Another Bush policy has been reversed. In the latest installment of CNN=Politics Daily, President Obama says he’s “taking the politics out of science.” CNN White House Correspondent Dan Lothian has the story.

Plus: The pet projects that won’t go away. Senate Democratic leaders are trying again to push through a controversial spending bill that’s pitting Republicans and Democrats against their own. CNN Senior Political Analyst Bill Schneider is following the debate.

Also: As the Obama administration scrambles to keep big banks and automakers afloat, Republicans are suggesting an alternative – let them fail. Watch the dialogue in CNN’s Strategy Session.

Finally: Cut out the waste. President Obama’s plan for health care reform takes some cues from his plan to repair the economy. CNN National Political Correspondent Jessica Yellin has the details.

WASHINGTON (CNN) - Attorney General Eric Holder on Monday called together several top administration officials, including Secretary of State Hillary Clinton and Defense Secretary Robert Gates, to consider what to do with the detainees held at the Guantanamo Bay military prison.

The unannounced meeting of the Guantanamo Bay Detainee Review Task Force was convened at the Justice Department.

"As coordinator of the task force, the attorney general discussed with his counterparts the process that will be used for carrying out the president's order mandating a review of all Guantanamo Bay detainees and closure of the Guantanamo Bay detention facility within a year," said a statement issued by the Justice Department.

"They also discussed standards for detainee review, factors that will be considered in prioritizing detainee reviews, and progress that has been achieved thus far," the statement said.

END_OF_DOCUMENT_TOKEN_TO_BE_REPLACED

[cnn-photo-caption image= http://i2.cdn.turner.com/cnn/2009/images/03/09/art.bosign0309.gi.jpg caption="The president issued guidance Monday about the use of so-called presidential signing statements during his administration."]
WASHINGTON (CNN) – In the latest of a series of moves intended to limit or reverse the policies of his predecessor, President Obama quietly issued a memorandum Monday that will likely limit the impact of the many legislative signing statements that became a bit of a trademark during former President George W. Bush’s tenure.

In the two-page memo, Obama makes the case both for and against presidential signing statements, the presidential practice of laying out constitutional and other legal concerns about a piece of legislation at the time the chief executive signs a bill into law.

“Constitutional signing statements should not be used to suggest that the President will disregard statutory requirements on the basis of policy disagreements,” Obama wrote in the memo.

“At the same time, such signing statements serve a legitimate function in our system, at least when based on well-founded constitutional objections. In appropriately limited circumstances, they represent an exercise of the President’s constitutional obligation to take care that the laws be faithfully executed, and they promote a healthy dialogue between the executive branch and the Congress.”

END_OF_DOCUMENT_TOKEN_TO_BE_REPLACED

[cnn-photo-caption image= http://i2.cdn.turner.com/cnn/2009/images/03/09/art.meghanmccain.gi.jpg caption="Meghan McCain takes aim at Ann Coulter in a new blog post."](CNN) - Fresh off public complaints about her own love life, Meghan McCain has a new target for her most recent gripes: conservative commentator Ann Coulter.

In a new blog post for the Daily Beast as Ann Coulter and HBO host Bill Maher are kicking off a week-long debate tour today in New York, McCain calls President Obama “the hippest politician around” and says being a Republican is “about as edgy as Donny Osmond.”

And she blasts Coulter for helping to “perpetuate negative stereotypes” about Republican women. “I straight up don’t understand this woman or her popularity,” says McCain. “I find her offensive, radical, insulting, and confusing all at the same time.”

She concedes that Coulter seems to be followed by a “cult that cannot be denied,” and was a popular headliner at the recent Conservative Political Action Conference, but adds that “when your competition is a teenager who has a dream about the Republican Party and Stephen Baldwin, it’s not really saying that much.”

END_OF_DOCUMENT_TOKEN_TO_BE_REPLACED

[cnn-photo-caption image= http://i2.cdn.turner.com/cnn/2009/images/03/09/art.getty.palin.rally.jpg caption="Sarah Palin's personal e-mail account was hacked while she was on the campaign trail."]
(CNN) – The University of Tennessee student who allegedly hacked the e-mail account of then-Republican Vice Presidential candidate Sarah Palin has been served with three new charges.

David Kernell was arraigned Monday morning on a new four-count indictment as a federal grand jury added charges of destroying evidence and identity theft to his case. The son of longtime Democratic State Rep. Mike Kernell of Memphis was initially arraigned only with a single charge of accessing a protected computer.

Kernell was arrested during Palin’s 2008 campaign season after allegedly posting screenshots of e-mail messages, a contact list, and photos of the Alaska governor’s family on Wikileaks.org, a Web site known for anonymously publishing leaked government, corporate, and religious documents. 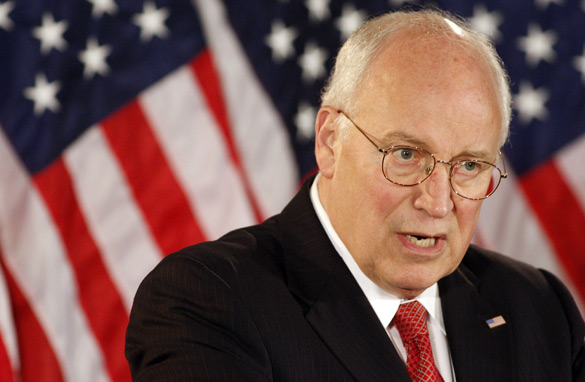 END_OF_DOCUMENT_TOKEN_TO_BE_REPLACED

WASHINGTON (CNN) - Some GOP members of Congress, including the top Republicans in the House and the Senate, blasted President Obama Monday for repealing a Bush-era policy that limited federal tax money for embryonic stem cell research, with one conservative lawmaker saying that the president is “turning the clock back.”

“I believe Barack Obama is turning the clock back and ten years ago, it sounded like embryonic stem cells were the future,” Republican New Jersey Rep. Chris Smith said on CNN. “They're not.”

House Minority Leader John Boehner said Obama and Congress should instead focus on non-embryonic stem cell research, and that this decision “runs counter to President Obama’s promise to be a president for all Americans.”

“I fully support stem cell research, but I draw the line at taxpayer-funded research that requires the destruction of human embryos, and millions of Americans feel similarly,” Boehner said in a statement. “As we move forward, I am hopeful that the President will re-evaluate this and other controversial decisions that put government at odds with the sanctity of human life.”

“With this announcement, the government is, for the first time, incentivizing the creation and destruction of human embryos at the expense of the U.S. taxpayer,” McConnell said in a statement. “I support biomedical research and I believe the administration would be far better served by directing taxpayer funds to research on non-embryonic stem cells, which is both effective and ethical.”

(CNN) - As President Obama reversed the Bush administration's limits on embryonic stem-cell research, he said scientific decisions must be "based on facts, not ideology."

The president on Monday signaled a clear shift in tone from the Bush administration on a broad range of scientific issues.

Obama overturned an order signed by President Bush in 2001 that barred the National Institutes of Health from funding research on embryonic stem cells beyond using 60 cell lines that existed at that time.

"Advancements in science and research have moved faster than the debates among politicians in Washington, D.C., and breakthroughs announced in recent years confirm the full potential of stem cell research can be realized without the destruction of living human embryos," House Minority Leader John Boehner, R-Ohio, said Sunday.

Obama also signed a memorandum that directs the White House Office of Science and Technology Policy "to develop a strategy for restoring scientific integrity to government decision-making."

But it's not just on the issue of stem cells where science and politics collide.