Obama jokes: GOP wants me in the Amazon

It came when a Brazilian reporter asked him whether he planned to visit the Amazon. Obama joked: "You know, I would love a trip to the Amazon. I suspect that the Republican Party would love to see me travel through the Amazon and maybe get lost."

Obama said he was looking forward to visiting Brazil, though no dates had been set.

"I will tell you that because I'm somebody who grew up in Hawaii, I felt it was very important that I at least go to Rio, where I understand the beaches are pretty nice."

[cnn-photo-caption image=http://i2.cdn.turner.com/cnn/2009/POLITICS/03/12/sou.ga.iraq/art.Tucker.Car.jpg caption="Chris Tucker, who served three tours in Iraq, suffers from hearing, back, foot problems and still has nightmares."]

On CNN's "State of the Union," host and chief national correspondent John King goes outside the Beltway to report on the issues affecting communities across the country. This week, King traveled to Georgia to learn about the toll military service is taking on two veterans.

SAVANNAH, Georgia (CNN) - As his tank rolled into Baghdad in April 2003, Chris Tucker mounted his camera to capture the moment.

"It's history; we made history," he told CNN back then. "It's my first war, hopefully my last war."

He could not have imagined then that six years later, Iraq would still be a combat zone.

"I thought we would get there quick and handle our business and we'd be out," Tucker told us this week. "At least, that's what we were told anyway."

Tucker received a medical discharge from the Army last year and he now is Officer Chris Tucker of the Savannah-Chatham Metropolitan Police Department.

"You still get to serve your community and your country in other ways," he said.

At age 26, he is a veteran of three combat tours. The patrol skills he learned on the streets of Baghdad, Fallujah and Sadr City come in handy as he drives his police cruiser around the neighborhoods of his Savannah precinct.

"From her research on infectious disease at the National Institutes of Health to her work on public health at the Department of Health and Human Services to her leadership on biodefense at the Nuclear Threat Initiative, Dr. Hamburg brings to this vital position not only a reputation of integrity but a record of achievement in making Americans safer and more secure," Obama said.

According to the White House, Hamburg was one of the youngest people ever elected to the National Academy of Sciences’ Institute of Medicine.

Hamburg's nomination now goes to the U.S. Senate for confirmation.

END_OF_DOCUMENT_TOKEN_TO_BE_REPLACED

"This is a global crisis, and it requires a coordinated, global response," he said at a news conference. "We have a broad base of consensus to act aggressively to restore growth."

"You are seeing the world move together at a speed and on a scale without precedent in modern times. All the major economies are putting in place substantial fiscal packages," he said. "The stronger the response, the quicker recovery will come."

Recommendations from the G20 financiers will be passed on to the G20 Summit next month in London. They include a substantial increase in support for the International Monetary Fund and an expansion of the IMF's membership, Geithner said.

END_OF_DOCUMENT_TOKEN_TO_BE_REPLACED 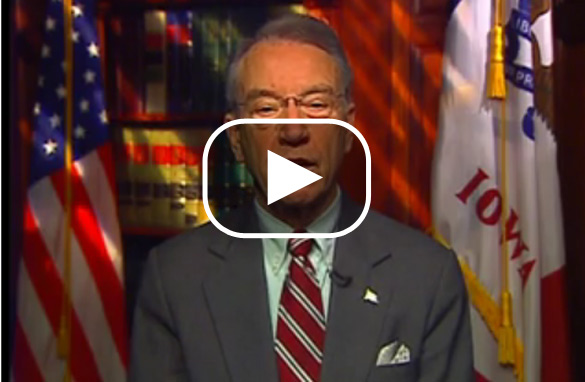 [cnn-photo-caption image=http://i2.cdn.turner.com/cnn/2009/images/03/14/art.maxinewaters.gi.jpg caption="Rep. Maxine Waters, D-California, says she did nothing wrong in accepting help for a minority-owned bank that her husband holds stock in."]

WASHINGTON (CNN) - California Democratic Congresswoman Maxine Waters maintains she did nothing wrong when she sought federal help last fall for a minority-owned bank in which her husband owns stock.

Waters, a senior member of the House Financial Services Committee, confirmed Friday that she set up a meeting last September with Treasury Department officials to address concerns from minority-owned banks impacted by the government takeover of Fannie Mae and Freddie Mac, including OneUnited Bank.

Waters' husband, Sidney Williams, had been on the board of OneUnited Bank until last April, and still owns stock that was worth between $250,000 to $500,000 at the end of 2007, when Waters last filed congressional disclosure forms.

According to the New York Times, the chief executive of OneUnited used the meeting to ask for $50 million in bailout funds. The Times reported that Treasury officials attending the meeting, including Jeb Mason, did not know at the time about Waters' ties to OneUnited Bank. Waters did not attend the meeting but did send her chief of staff.

In a statement released Friday, Waters says the meeting with Treasury officials was requested by the National Bankers Association (NBA), the trade organization for minority-owned banks and that she followed up on the request, as did other members of Congress.

"Recent press reports have raised questions about my advocacy on behalf of minority banks. Ultimately, however, these articles only revealed one thing: I am indeed an advocate for minority banks," said Waters.

END_OF_DOCUMENT_TOKEN_TO_BE_REPLACED

Another twist for the unemployed: Debit card fees

[cnn-photo-caption image=http://i2.cdn.turner.com/cnn/2009/US/03/13/unemployment.fees/art.jobless.fees.cnn.jpg caption="Debit card fees are causing grief for the unemployed."]
PHILADELPHIA, Pennsylvania (CNN) - If you're out of work like Steve Lippe, who was laid off from his job as a salesman in January, you know you already have problems. But looking at the fine print that came with his new unemployment debit card, he became livid.

He was quoting fees listed in a brochure that goes out to every unemployed person in Pennsylvania who chooses to receive benefits via debit card. He was given the option when he filed for jobless payments: Wait 10 days for a check or get the card immediately. Like most of the 925,000 state residents who received unemployment benefits in February in Pennsylvania, he chose the debit card and only then, he says, did he learn about the fees.

"I was outraged by it," he told CNN. "I was very noisy about it. I just couldn't believe it. An outrage is just too weak a word. It's obscene."

According to the U.S. Department of Labor, 30 states offer direct deposit cards to the unemployed. Many of the nation's biggest banks have contracts with the individual states. JP Morgan Chase, for instance, has contracts with seven states and has pending deals with two others, according to Chase spokesman John T. Murray. About 10 states, the Labor Department says, pay by check only.