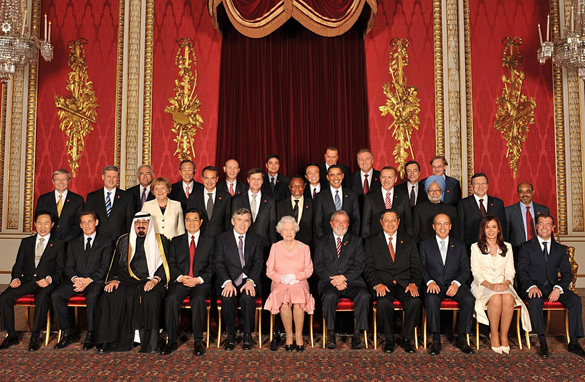 World leaders posed for a picture at the G20 summit in London Wednesday. Full roster after the jump. (GETTY IMAGES)