U.S. government officials are weighing potential legal hurdles they may face if the young Somali captive is flown to New York or Washington to face federal criminal charges, according to sources familiar with the case.

Officially, the government is virtually mum on the discussions.

Sources who asked not to be identified because they are not authorized to discuss the matter said the detained Somali youth remains in military custody, but is likely to be turned over eventually to the FBI for transport to the United States.

END_OF_DOCUMENT_TOKEN_TO_BE_REPLACED

[cnn-photo-caption image= http://i2.cdn.turner.com/cnn/2009/images/03/13/art.colemanfranken1.gi.jpg caption="Coleman suffered a legal setback Monday."] ST. PAUL, Minnesota (CNN) - A three-judge panel ruled Monday against Republican Norm Coleman in his dispute with Democrat Al Franken over who should be declared the winner of the U.S. Senate race in Minnesota.

The judges determined that "Franken is entitled to receive the certificate of election" after defeating Coleman by 312 votes.

Coleman has 10 days to appeal the 68-page ruling to the state Supreme Court.

WASHINGTON (CNN) - Legions of small-government, anti-tax activists around the country are mobilizing for a second wave of nationwide "Tea Party" demonstrations on Wednesday to protest the fiscal policies of the Obama administration.

Frustrated conservatives are expected to gather in towns and cities from Pensacola to Portland on April 15 for a national "Tax Day Tea Party" that organizers hope will send a message to Republicans and Democrats on Capitol Hill that the president's spending plans are putting the country on a potentially ruinous economic path.

Several GOP congressmen and other prominent Republicans like South Carolina governor Mark Sanford and former House speaker Newt Gingrich are speaking at rallies around the country.

Georgia Rep. Tom Price of Georgia, the chairman of the conservative House Republican Study Committee, said he has plans to speak to at least two Tea Party rallies in his state on Wednesday. He called the gatherings "a visible display of concern and frustration and angst about the direction of the nation."

"I think these Tea Parties answer the question for many folks, 'What can we do?'," Price said.

Keith Appell, a Republican strategist who has been working with some of the Nationwide Tea Party organizers, said that the president's spending plans - a $787 stimulus package, a publicly-financed plan to help distressed mortgages, and a series of cash infusions for financial firms - have sparked "a backlash at the grassroots level."

END_OF_DOCUMENT_TOKEN_TO_BE_REPLACED

[cnn-photo-caption image= http://i.l.cnn.net/cnn/2008/images/01/23/art.cepd.cnn.jpg caption="CNN=Politics Daily is The Best Political Podcast from The Best Political Team."] (CNN) - In the latest installment of CNN=Politics Daily, President Obama goes head-to-head with pirates. After a sea captain's dramatic rescue off the coast of Somalia, the president vows to crackdown on pirates and hold them accountable for their crimes. CNN White House Correspondent Dan Lothian has the commander-in-chief's reaction to the daring sniper operation rescue.

Plus: A dramatic shift in US policy toward Cuba. Listen to  President Obama usher in a new era of openness toward the island nation after 50 years of sanctions.

Also: Since he took the oath of office, President Obama has been confronted with the North Korean missile launch and the standoff involving the pirate seizure of an American ship. Do Americans trust that the president is doing everything he can to keep the country safe? CNN Senior Political Analyst Bill Schneider breaks down the latest numbers.

McDonnell collected $2.2 million in the first three months of the year, despite being prevented by Virginia law from raising money during the state's legislative session, which for McDonnell ran from Jan. 15 until he resigned from the Attorney General's office on Feb. 20.

That fundraising total includes a $1 million gift from the Republican Governors Association, which was given to his campaign in March.

Crucially, McDonnell now has $3.5 million on hand. That's a million dollars more than Terry McAuliffe, the prolific Democratic fundraiser who entered the race last year touting himself as the candidate with the best chance to raise the cash to beat McDonnell in November.

The numbers highlight a potentially serious problem for Virginia Democrats, who are locked in a contentious, full-time primary battle that forces them to spend their cash on advertisements, field organizations and campaign staff. McDonnell, meanwhile, has been free to save his money and plot strategy.

"We have far more cash on hand than any of our potential opponents," said McDonnell campaign manager Phil Cox. "While they must raise and spend, we are building the resources we need to win in November."

McAuliffe reported raising $4.2 million during the first quarter of 2009, the highest total of any Democrat, but he spent much of it and began April with $2.5 million on hand.

As for the other two Democrats in the Virginia race, state senator Creigh Deeds began April with $1.2 million in the bank, while former House delegate Brian Moran reported having $824,000.

[cnn-photo-caption image= http://i2.cdn.turner.com/cnn/2009/images/04/08/art.palincu0408.gi.jpg caption="Palin will speak at a pro-life dinner in Indiana this week."](CNN) - Alaska Gov. Sarah Palin is coming under fire from state lawmakers, including members of her own party, over her decision to spend half of the final three days of the legislative session to headline a pro-life dinner in Indiana.

"There are some concerns [in the Capitol] about the focus of our chief executive because she's taken a speaking engagement in Indiana for a 36-hour period with only 72 hours left in the legislative session," state Rep. Jay Ramras of Fairbanks told the Anchorage Daily News.

Earlier, Palin had opted to skip a number of events, including the annual Conservative Political Action conference in Washington. Her aides had cited the demands of the state's legislative session. This weekend, she defended her decision. "I'll be gone for one day. I already have been on record with lawmakers on this," she told the ADN. "I told lawmakers, you know what, 'Please, don't make me feel that I have to ask you permission, lawmakers, to leave the capital city.' "

Two thorny issues remain unresolved as the session draws to a close. Lawmakers want to accept all the stimulus money that has been offered the state, while Palin wants to reject about a third of the nearly $931 million the federal government has offered. And her controversial pick for attorney general - the outspoken Wayne Anthony Ross - has not yet been confirmed.

She will attend a Donors' Conference on Haiti tomorrow in Washington to discuss how the world can come to Haiti's aid. That high-level gathering that will include United Nations Secretary General Ban Ki-moon and a variety of international organizations.

After visiting Haiti, and a stopover in next-door Dominican Republic, Clinton will join President Obama to attend the Summit of the Americas at the end of the week in Trinidad and Tobago.

Clinton-watchers are wondering if the Tuesday meeting in Washington will produce something that has become a recent rarity: a photo of both Clintons together. Secretary Clinton is expected at the gathering in the morning, and former President Clinton is giving the keynote speech after lunch at the conference.

END_OF_DOCUMENT_TOKEN_TO_BE_REPLACED

After a summit in London earlier this month, G-20 member nations agreed to increase oversight of the global financial system and pledged more than $1 trillion to the IMF to help economies in need.

However, certain details of the plan remain unclear and analysts said next week's meetings will likely involve discussion of, among other things, how much money individual members will commit to the IMF. 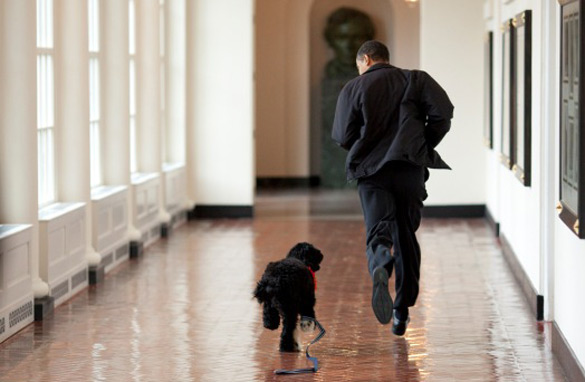