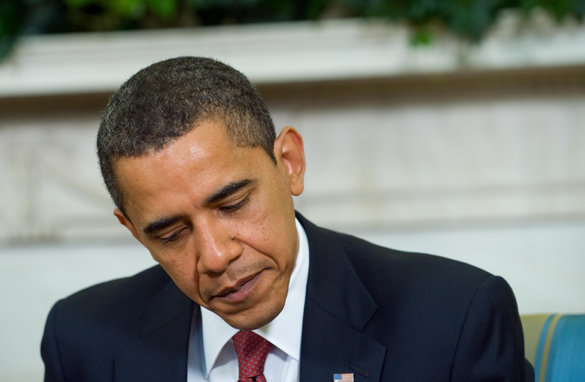 President Obama said Tuesday it will be up to Attorney General Eric Holder to decide whether or not to prosecute the former officials. (GETTY IMAGES)

WASHINGTON (CNN) - President Barack Obama left open the possibility of criminal prosecution Tuesday for former Bush administration officials who drew up the legal basis for interrogation techniques that many view as torture.

He said it will be up to Attorney General Eric Holder to decide whether or not to prosecute the former officials.

"With respect to those who formulated those legal decisions, I would say that is going to be more a decision for the Attorney General within the parameter of various laws and I don't want to prejudge that," Obama said during a meeting with Jordan's King Abdullah at the White House.

"There's a host of very complicated issues involved there. As a general deal, I think we should be looking forward and not backwards. I do worry about this getting so politicized that we cannot function effectively and it hampers our ability to carry out critical national security operations."

Obama reiterated his belief that he did not think it is appropriate to prosecute those CIA officials and others who actually carried out the interrogations in question.

"This has been a difficult chapter in our history and one of (my) tougher decisions," he added.

The techniques listed in the Bush-era memos released last week "reflected... us losing our moral bearings," he said.