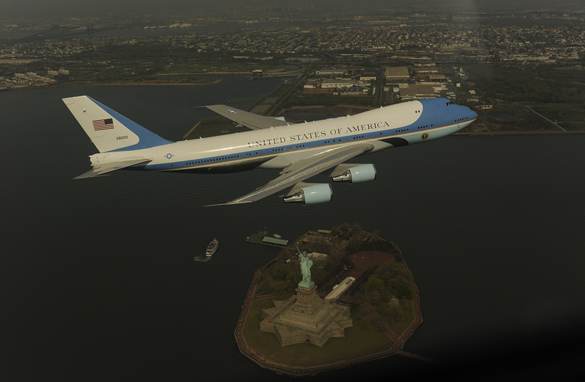 The White House has released a photo taken during the controversial flyover of New York City last week.

The White House has also released a photograph taken during the unannounced flyover that caused a brief panic in the city.

The President has accepted the resignation of Louis Caldera as Director of the White House Military Office. Attached is Mr. Caldera's resignation letter. Also attached is a report sought by the President and conducted by Jim Messina, deputy chief of staff, and a photo.

The President has asked his Deputy Chief of Staff Jim Messina and Defense Secretary Gates or his designee to jointly review the organizational structure of the White House Military Office and the reporting relationship of its components to the White House and the Air Force, and to make recommendations to him to ensure that such an incident never occurs again.