Scenes from the White House: A presidential luau 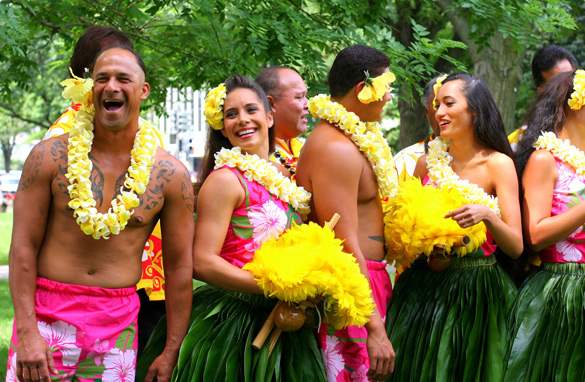 (Photo credit: Erika Dimmler/CNN): The annual congressional picnic at the White House had a Hawaiian flavor Thursday. Visitors were treated to a cookout with a luau theme, hula lessons — and a dunk tank featuring administration officials like chief of staff Rahm Emanuel and press secretary Robert Gibbs, whose turn gave an eager press corps a rare chance to take one-way shots at the White House spokesman. (The photo above was taken at a preview of the day's White House performance, which took place a few minutes away, at Washington's Dupont Circle)