There has been much speculation about when Palin would begin tweeting again. Since leaving office in July, Palin has been silent on Twitter and has primarily used Facebook to communicate with the public.

UPDATE (Friday): A few hours after Palin changed her Twitter account name, she switched it back to @AKGovSarahPalin. @SarahPalinUSA is now a new separate account altogether. CNN e-mailed a Palin representative seeking comment, but has not yet heard back.

(Image of all the accounts after the jump) 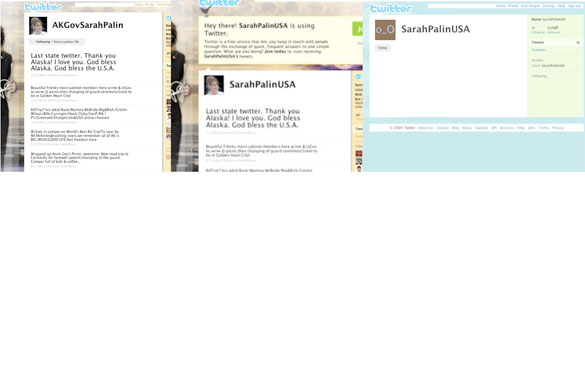