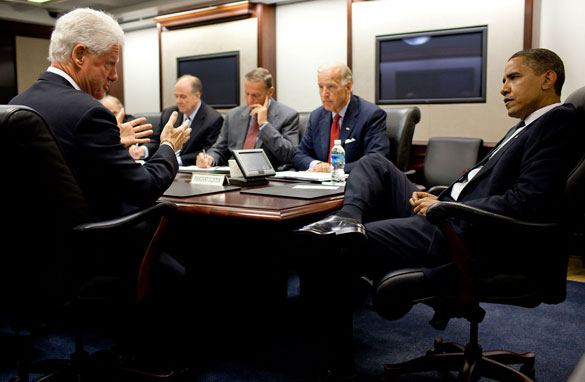 The White House released a photo showing President Obama debriefing former President Bill Clinton on Tuesday. White House Press Secretary Robert Gibbs said in a statement shortly after the meeting that the president and Clinton met for 40 minutes in the White House's Situation Room to discuss the former president's recent trip to North Korea that resulted in the release of jailed journalists Laura Ling and Euna Lee. Gibbs said then Obama invited Clinton to the Oval Office for another half hour of discussion about the trip.