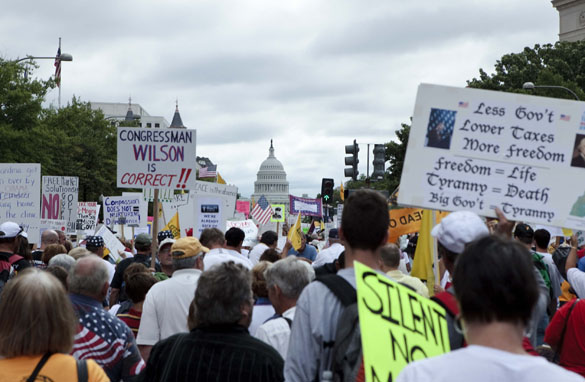 The conservative advocacy group began their trip in Sacramento, California, and made its way across the country, hosting rallies in about 30 cities. Washington is the final destination. Members gathered on the west side of the Capitol on Saturday.

At each stop, the tour highlights members of Congress "who have voted for higher spending, higher taxes, and government intervention in the lives of American families and businesses," according to The Tea Party Express Web site.

One woman at the rally summed up her feelings about issues this way: "It's too much too fast."

A major theme of the rally was the push for less government.