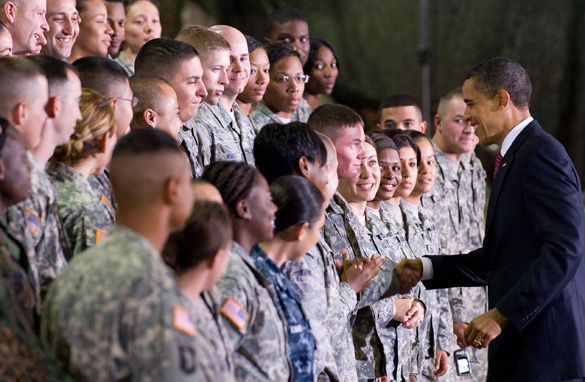 Obama announced that he will send American envoy Stephen Bosworth to North Korea on December 8 for bilateral talks on dismantling Pyongyang's nuclear program.

"If North Korea is prepared to take concrete and irreversible steps to fulfill its obligations and eliminate its nuclear weapons program, the United States will support economic assistance and help promote its full integration into the community of nations," Obama said. "That opportunity and respect will not come with threats. North Korea must live up to its obligations."