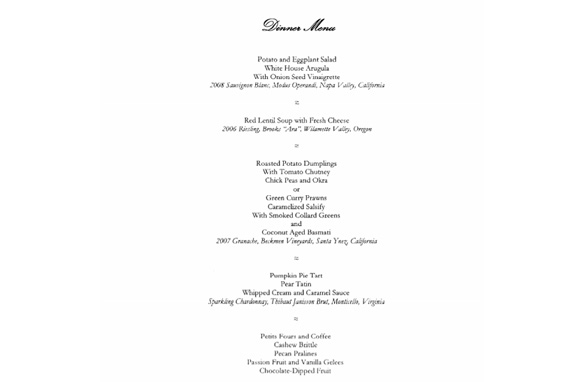 –The Riesling was bottled in “Willamette Valley, Oregon” not “Wilamette Valley”; guests were actually offered a “2007 Grenache” (not a “2007 Granache”) and a “Thibaut-Janisson Brut” (not a “Thibaut Janisson Brut”)
–The meal featured “chick peas” (not “chickpeas”)
–The dessert “Gelees” were missing an accent on the final “e”