Murtha is chairman of the House appropriations subcommittee on defense, and a strong critic of President Barack Obama's recent decision to deploy an additional 30,000 U.S. troops to Afghanistan.

He was scheduled to chair a subcommittee hearing Tuesday addressed by Defense Secretary Robert Gates and Secretary of State Hillary Clinton. Due to Murtha's illness, the hearing has been canceled.

Washington (CNN) - Two senior Democratic sources tell CNN senate Democrats are headed towards dropping the compromise idea to allow 55 to 64 year-olds to buy into Medicare because of opposition from Independent Sen. Joe Lieberman.

"It’s what the White House wants and there aren’t many other options that allow us to finish by Christmas," said one source.

Senate Democrats had an emergency meeting Monday night to discuss this issue, which threatens to derail health care.
END_OF_DOCUMENT_TOKEN_TO_BE_REPLACED

Updated: WH, Senate Dems: No plans to use 'reconciliation' for health care

Updated 6:30 pm ET: Earlier today, two sources - one White House and one Senate - indicated White House chief of Staff Rahm Emanuel had suggested to Senate Majority Leader Harry Reid the possibility of using budget reconciliation to pass health care. Both sources now tell CNN that Emanuel did not make that suggestion. One of the sources said there had been some recent White House interest in using the reconciliation process. However, the source acknowledged that the idea now appears to be a non-starter. Reid has said he opposes using the legislative maneuver.

Washington (CNN) - As the White House rushes to the finish on health care reform, fissures on the best way to get there are developing between the White House and Senate Democrats.

Two sources have told CNN that White House Chief of staff Rahm Emanuel has been asking Senate Majority Leader Harry Reid to use the budget process known as reconciliation to push through health reform – and that Reid has rejected that request.

The procedure, which can only be used on budget measures, would allow Senate Democrats to bypass the 60-vote threshold required to end debate on the current bill, and pass the proposal by a simple majority – but would require major changes to the legislation.

Reid’s resistance, said the sources, stemmed from concern that adoption of the strategy would spark major political pushback from Democrats facing re-election next year.
END_OF_DOCUMENT_TOKEN_TO_BE_REPLACED 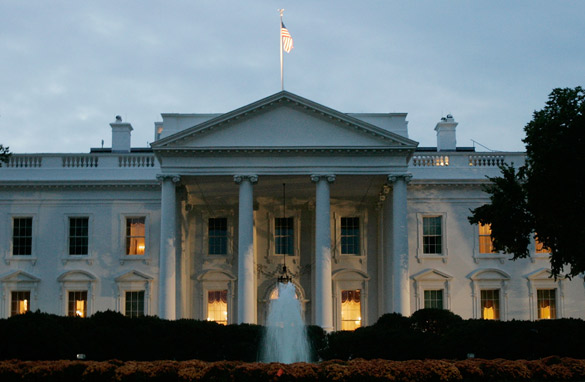 [cnn-photo-caption image= http://i2.cdn.turner.com/cnn/2009/images/12/14/art.lieberman2.gi.jpg caption=" Hadassah Lieberman is under attack over industry ties."] Washington (CNN) - Sen. Joe Lieberman – whose opposition to a public insurance option has drawn outrage from liberal groups for months – is used to finding himself in progressive crosshairs.

Now it's his wife's turn.

Activists are setting their sights on Hadassah Lieberman, launching a celebrity-studded petition drive to convince the nation's largest breast cancer non-profit to end the Connecticut senator's wife role as a spokeswoman.

The move to pressure the Susan G. Komen for the Cure foundation came the same day Lieberman's husband angered Democrats by announcing that he would not support an expansion of Medicare to cover individuals under the age of 55. Organizers did not point to that decision, instead citing Hadassah Lieberman's own ties to the health care industry.

Lieberman has worked as a consultant for companies including Pfizer and ALCO.

"We are asking Ellen DeGeneres, Christie Brinkley and other high-profile celebrities who are associated with Komen to demand that no more money raised for cancer treatment be given to Hadassah Lieberman or any other ex-Pharma/Insurance strategists," said Jane Hamsher, founder of the Firedoglake blog.

(Updated after the jump with statement from the Susan G. Komen for the Cure foundation)

END_OF_DOCUMENT_TOKEN_TO_BE_REPLACED

[cnn-photo-caption image= http://i2.cdn.turner.com/cnn/2009/images/12/14/art.bayhbo1214.gi.jpg caption="Sen. Evan Bayh is urging President Barack Obama to veto an end of the year government funding bill that fellow Democrats pushed through the Senate this past weekend."]

Washington (CNN) -  Sen. Evan Bayh is urging President Barack Obama to veto a huge end of the year government funding bill that fellow Democrats pushed through the Senate this past weekend.

On a mostly partisan vote of 57-35, the Senate approved the compromise omnibus spending plan worked out with the House, which passed it last week. The measure now goes to President Barack Obama to be signed into law.

The senator from Indiana was one of three Democrats, joining Russ Feingold of Wisconsin and Claire McCaskill of Missouri, to vote against the spending bill, which is needed to keep the federal government running as of next week.

"The president didn't create this mess, but Congress must be restrained," Bayh said in a statement released Monday. "We have to take the credit card away from the politicians who just want to spend, spend, spend. More than one trillion dollars of spending was just way too much. This may not win me a popularity contest in the halls of Congress, but it's the right thing to do."
END_OF_DOCUMENT_TOKEN_TO_BE_REPLACED

[cnn-photo-caption image= http://i2.cdn.turner.com/cnn/2009/images/12/14/art.lieberman.jpg caption="Senate Democrat fuming at Lieberman."]
Washington (CNN) - Senate Democrats struggled to find a way forward on health care legislation Monday in the wake of Sen. Joe Lieberman's announcement that he will oppose a leading compromise proposal Democrats saw as their best way to get the 60 votes needed to pass a bill.

Privately fuming at the Connecticut senator, Democrats wrestled with whether to meet his demand to remove an expansion of Medicare from the bill - a move that would anger liberal Democrats who believe they've already made concessions on a government insurance option.

Democrats "may have to do what Mr. Lieberman wants," liberal Sen. Tom Harkin of Iowa said to CNN.

Democratic leaders, who had hoped to file procedural motions this week to end debate and begin voting on the bill, called a special caucus meeting for 5:30 pm Monday to assess their bleak situation.

END_OF_DOCUMENT_TOKEN_TO_BE_REPLACED

Lieberman a major problem for Senate Democrats on health care 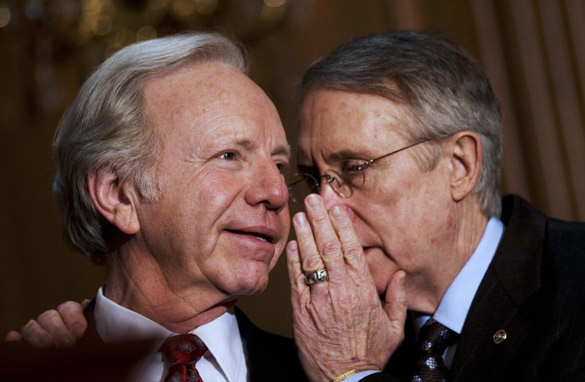 Sen. Joe Lieberman has emerged as the main obstacle to Senate Majority Leader Reid's efforts to get a health care bill through the Senate before Christmas, if ever. (Photo Credit: Getty Images/File)

Today, Lieberman has emerged as the main obstacle to Reid's efforts to get a health care bill through the Senate before Christmas, if ever.

An independent from Connecticut who sits with the Democratic caucus, Lieberman ratcheted up his public opposition to the bill Sunday. On the CBS program "Face the Nation," Lieberman said he would join a Republican filibuster if the bill contained either a government-run public health insurance option or a proposed alternative to the controversial provision - expanding Medicare to people as young as 55.