[cnn-photo-caption image= http://i2.cdn.turner.com/cnn/2010/images/01/09/art.reid1.gi.jpg caption="Reid apologized Saturday for remarks he made about then-candidate Barack Obama."]Washington (CNN) - Senate Majority Leader Harry Reid apologized Saturday following reports he had privately described then-candidate Barack Obama during the presidential campaign as a black candidate who could be successful thanks in part to his “light-skinned” appearance and speaking patterns "with no Negro dialect, unless he wanted to have one."

Journalists Mark Halperin and John Heilemann reported the remarks in their new book “Game Change,” which was purchased by CNN Saturday at a Washington-area bookstore. The book is slated for official release next Tuesday.

“He (Reid) was wowed by Obama's oratorical gifts and believed that the country was ready to embrace a black presidential candidate, especially one such as Obama - a ‘light-skinned’ African American ‘with no Negro dialect, unless he wanted to have one,’ as he said privately. Reid was convinced, in fact, that Obama's race would help him more than hurt him in a bid for the Democratic nomination," they write.

“I deeply regret using such a poor choice of words,” Reid said in a statement to CNN.

(Update 4:00 pm: In a statement released by the White House, the president accepted Reid's apology: "Harry Reid called me today and apologized for an unfortunate comment reported today. I accepted Harry's apology without question because I've known him for years, I've seen the passionate leadership he's shown on issues of social justice and I know what's in his heart. As far as I am concerned, the book is closed.")

END_OF_DOCUMENT_TOKEN_TO_BE_REPLACED

[cnn-photo-caption image= http://i2.cdn.turner.com/cnn/2010/images/01/09/art.corzine.gi.jpg caption="Supporters hope to pass the measure before Democratic Gov. Jon Corzine leaves office."](CNN) - Both houses of the New Jersey legislature plan to vote Monday on a controversial bill backed by Democrats that would qualify illegal immigrants for in-state tuition at public colleges and universities.

On Thursday, a Senate vote on the legislation was postponed.

[cnn-photo-caption image= http://i2.cdn.turner.com/cnn/2010/images/01/09/art.wyoming.cnn.jpg caption="California residents are voting to decide on measures that could impact the state's growing deficit."] Teton Village, Wyoming (CNN) - At the Apres Vous chair lift, Nick Merluzzi is always quick with a smile and a greeting: "Have a good run, sir," is his sendoff to one skier. "How are you doing today?" is his greeting to the two that approach next.

It is a firsthand look at one of Wyoming's leading economic indicators: Visitors to the Jackson Hole Mountain Resort, which is hoping for a rebound after big drops in consumer spending and confidence hurt business last season.

"This feels good right now," Jerry Blann, the resort's president, said of the early weeks of the season. Christmas week was up from last year, and the resort says bookings for the rest of January and February also look on track to eclipse last year's numbers.

"I think people have been conservative, been holding their pocketbooks pretty close for a while," Blann said. "I think they are ready to jump out."

New York (CNNMoney.com) - As economists and investors reel from a surprisingly weak jobs number, there are 3,300 people that may actually be cheering December's report.

That's the number of employees that were added to the federal government's payroll last month.

As job losses continued in construction, manufacturing, retail, leisure and hospitality, as well as at the state and local government level, the Federal government was one of the few areas that posted a job gain. 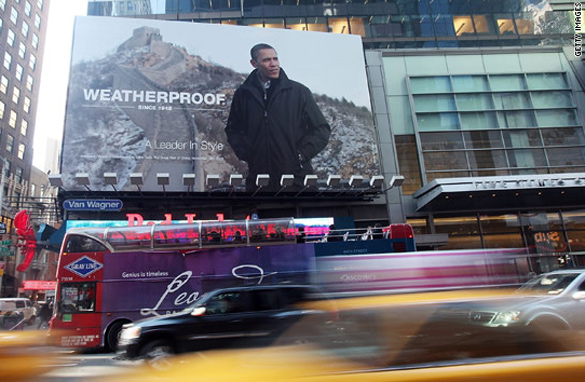 Washington (CNNMoney.com) - As lawmakers start trickling back to Washington next week, a panel tasked with investigating the financial crisis is set to make its first big splash.

First up are four chiefs of some of the best-known and largest banks: Goldman Sachs, Morgan Stanley, J.P. Morgan Chase and Bank of America.

The panel's chairman, Philip Angelides, said he's interested in hearing about the banks' role in creating the crisis as well as finding out how they became "too big to fail." The federal government stepped in to prop up the banks in fall 2008, creating the Troubled Asset Relief Program to help provide them with liquidity.

Sebelius was not in the building during the incident January 2, but a spokeswoman issued a written statement saying "this was a troubling incident" and acknowledged that the man was on a list of people barred from entering the building.

The man is considered an intruder and remains in federal custody pending a detention hearing next week, according to documents filed at U.S. District Court in Washington.

Obama: 'We are on the verge of passing health insurance reform'

Full text of President Obama's weekly address, as released by the White Houe:

A year ago, when I took office in the midst of the worst recession since the Great Depression, I promised you two things. The first was that there would be better days ahead. And the second was that the road to recovery would be long, and sometimes bumpy.

That was brought home again yesterday. We learned that in November, our economy saw its first month of job gains in nearly two years – but last month, we lost more than we gained. Now, we know that no single month makes a trend, and job losses for the final quarter of 2009 were one-tenth what they were in the first quarter. But until we see a trend of good, sustainable job creation, we will be relentless in our efforts to put America back to work.

That task goes even deeper than replacing the seven million jobs that have been lost over the past two years. We need to rebuild our economy in such a way that our families can feel a measure of security again. Too many of the folks I've talked with this year, and whose stories I read in letters at night, tell me that they've known their own private recessions since long before economists declared one – and they'll still feel the recession long after economists have declared it over.