[cnn-photo-caption image= http://i2.cdn.turner.com/cnn/2009/images/09/01/art.palinmoney.gi.jpg caption="Palin will speak to the Wine and Liquor Wholesalers of America in April."]Washington (CNN) - Las Vegas and alcohol probably aren't the first two things that come to mind at the mention of Sarah Palin, but the former vice presidential candidate is about to change that.

At least that's according to Craig Wolf, the president and CEO of the Wine and Liquor Wholesalers of America, who announced Tuesday that Palin will keynote the group's annual convention and and expo in Las Vegas in early April.

"Governor Palin is a great supporter of America's free enterprise system and understands that industries like the beverage alcohol industry play a key role in driving our national economy. We're proud and honored to welcome her as a speaker," Wolf said in a statement. "We expect she will share with the convention attendees her analysis of the current political environment and her vision for America's future."
END_OF_DOCUMENT_TOKEN_TO_BE_REPLACED

[cnn-photo-caption image= http://i2.cdn.turner.com/cnn/2009/images/09/03/art.coakley.cnn.jpg caption="Democrat Martha Coakley said she is in the middle of 'a very intense campaign.'"]Washington (CNN) - Democrat Martha Coakley dodged a pointed question Tuesday about her claim during a Massachusetts Senate debate the night before that terrorists are no longer in Afghanistan.

During Monday's debate with Republican Scott Brown, Coakley questioned why the United States still has troops in Afghanistan. She claimed that the al Qaeda terrorists who were originally targeted by American military action have migrated elsewhere, rendering the mission moot. "They're gone," she said. "They're not there anymore. They're in, apparently Yemen, they're in Pakistan."

A reporter asked Coakley about that claim after a Capitol Hill fundraiser on Tuesday. "Do you stand by that remark?" he asked.

Coakely, standing before a small cluster of reporters and cameras, listened to the question, then quickly looked in a different direction.

"I'm sorry," she said. "Did anybody else have a question?"

The Democrat responded to another reporter who asked why she made the last-minute fundraising trip to Washington.

Coakley said she was in the middle of "a very intense campaign."

"We are facing a candidate from Massachusetts who is being supportive by extreme right groups including many Republican groups who are pouring money into Massachusetts attacking my record and distorting my record," Coakley said. "I'm doing everything that I need to be competitive in this race."

"My thoughts and prayers are with the people of Haiti.

My U.N. office and the rest of the U.N. system are monitoring the situation, and we are committed to do whatever we can to assist the people of Haiti in their relief, rebuilding and recovery efforts."

“My thoughts and prayers go out to those who have been affected by this earthquake. We are closely monitoring the situation and we stand ready to assist the people of Haiti.”

The first dealt with a U.S. law allowing sex offenders who have served their prison sentences to remain in federal custody under what are called "civil commitment" laws.

The fun started when Solicitor General Elena Kagan - arguing in favor of such laws - mistakenly referred to Scalia as the chief justice.

"Mr. Chief - excuse me - Justice Scalia," said Kagan, "I didn't mean to promote you quite so quickly." That drew laughter from the audience of several hundred.

Replied Scalia to Kagan, "I'm sure you didn't," bringing a huge roar.
END_OF_DOCUMENT_TOKEN_TO_BE_REPLACED

Washington (CNN) - House Democrats anxious about health care negotiations prepared to meet Tuesday night as Speaker Nancy Pelosi and the White House conferred with labor leaders unhappy with a tax being considered for the final bill.

At issue for many House liberals and union heads is growing concern that Obama and the congressional leadership will place an excise tax on high-end insurance plans to help pay for the sweeping legislation.
END_OF_DOCUMENT_TOKEN_TO_BE_REPLACED 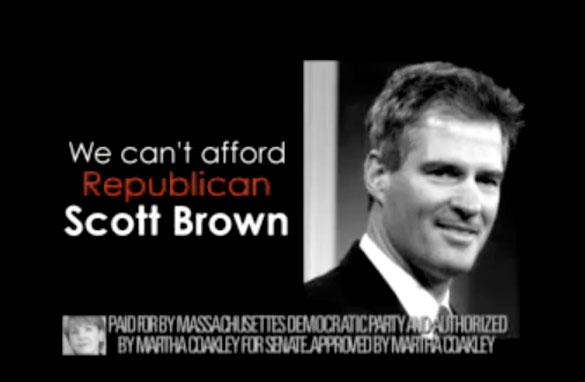 Democratic leader to call on top donors to give to Coakley

(CNN) - The Democratic Party's top donors will be urged Tuesday to open up their wallets for Martha Coakley as party leaders scramble to provide her with the financial resources needed to try and win the late Sen. Edward Kennedy's seat, a Democratic Party source tells CNN.

Up to 500 donors are expected to participate in the afternoon conference phone call that will be led by Democratic National Committee Chairman Tim Kaine. Kaine "will make the pitch to the donors and the case against [Republican opponent Scott] Brown," said the source, who spoke on the condition of anonymity. Coakley is also expected to appear on the call where "she will highlight the importance of the race and her own credentials."

The goal is to raise "in the significant six-figure range in the next 48 hours," the source added. Separately, the DNC is expected to inject $500,000 into the race, the source noted.

A DNC spokeswoman would not confirm the call.

Coakley will be in Washington Tuesday to attend a fundraiser with members of the Massachusetts congressional delegation. And the Democratic Senatorial Campaign Committee sent an email Tuesday signed by Sen. John Kerry, D-Massachusetts, asking for donations.

END_OF_DOCUMENT_TOKEN_TO_BE_REPLACED

Washington (CNN) - President Obama is is trying to put the racially insensitive remarks by Senate Majority Leader Harry Reid behind him but some African-American leaders argue he is missing a major chance to begin an honest discussion about race in the United States.

"I think that he [Obama] could use this moment as a teachable moment, to educate the nation about some deep underlying tensions, both within African-American communities and beyond," said Michael Eric Dyson, a professor at Georgetown University.

The Reid controversy is centered on remarks published in the book "Game Change," by Mark Halperin and John Heilemann, which cites Reid as saying in 2008 that Obama could succeed as a black candidate partly because of his "light-skinned" appearance and because he speaks "with no Negro dialect, unless he wanted to have one."

Reid apologized to Obama after excerpts from the book were released and Obama said he considered the matter closed.

Obama defended Reid on Monday in an interview at the White House with CNN political contributor Roland Martin. "For him to have used some inartful language in trying to praise me, and for people to try to make hay out of that, makes absolutely no sense," Obama said in an interview taped Monday for TV One.

Many believe that Obama is uniquely suited to take on the issue: He's biracial, a strong communicator and has the bully pulpit of the presidency.

Washington (CNN) - Rep. Mike Pence, chair of the House Republican Conference, said Tuesday that President Obama had accepted an invitation to address GOP members of Congress at the group's retreat later this month.

"House Republicans are grateful that the President of the United States has accepted our invitation to meet with the Republican Conference later this month," Pence said in a statement released by his office. "House Republicans look forward to presenting the president with our proposals to protect our nation, create jobs, control federal spending, lower the cost of health care, achieve energy independence and strengthen families."

The House Republican Conference is slated to meet in Baltimore Jan. 28-30.