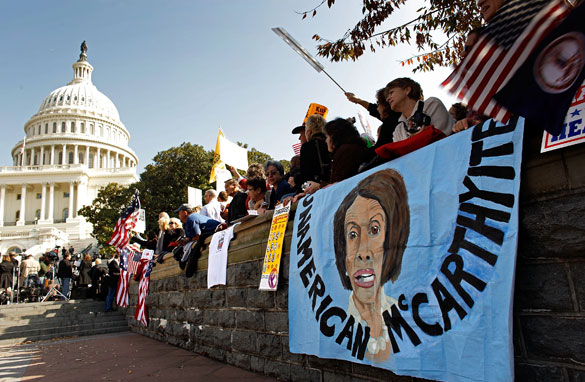 Republican Jewish Coalition Executive Director Matt Brooks condemned the NJDC for the criticism of Kirk and other Republicans saying it was insincere.

"It's transparently obvious that this is nothing but a disingenuous effort on the part of the NJDC to play politics with a serious issue," Brooks said. "The fact that they would tilt their pledge so overtly partisan discredits the entire effort."

"I think we can all say that we would like to see an end to Holocaust imagery and anti-Semitism in politics," Brooks added.