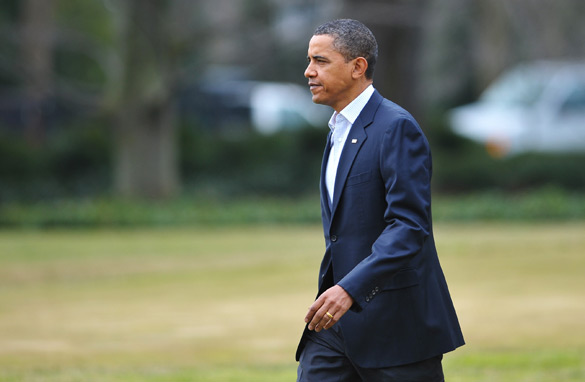 The pledge was immediately called into question, however, as the two parties repeatedly expressed sharply differing viewpoints during a rare meeting at a House Republican retreat in Baltimore.

Obama accepted an invitation from House GOP leaders to address their caucus. His speech Friday was followed by an often testy question-and-answer session.

"House Republican leaders are grateful for [Obama's] willingness to come ... and have a frank and honest conversation," said Rep. Mike Pence, R-Indiana. "We welcome the dialogue with the president."

The president accused Republicans of frequently mischaracterizing his policy proposals, particularly in the health care debate.