The closed door meeting is considered exceptionally sensitive, the sources say, because the chiefs - each of whom heads a military service - are said to be concerned that changing the law would be too disruptive on military forces.

The policy, which has been in effect since 1993, prohibits openly gay men and women from serving in the U.S. armed forces. The policy bans military recruiters or authorities from asking about an individual's sexual orientation, but also prohibits a service member from revealing that he or she is gay.

Obama announced his intention to repeal the policy during last week's State of the Union address.

"This year, I will work with Congress and our military to finally repeal the law that denies gay Americans the right to serve the country they love because of who they are," he said.

Things you should know about the budget

[cnn-photo-caption image= http://i2.cdn.turner.com/cnn/2010/images/02/01/art.budget.0201.gi.jpg caption="What are the winners and losers in President Obama's proposed 2011 budget?"]Washington (CNN) - President Obama on Monday unveiled a $3.8 trillion budget for next year. Here are some key points. Remember, these are Obama's suggestions. Congress controls the purse strings.

[cnn-photo-caption image= http://i2.cdn.turner.com/cnn/2010/images/02/01/art.obama.youtube.0201.youtube.jpg caption="President Obama will answer questions Monday in a live interview streamed on YouTube."]
Washington (CNN) - For the past five days, 55,340 people asked 11,695 questions to President Barack Obama on YouTube. Voters then cast 643,507 votes to determine the top questions YouTube will ask Obama Monday at the White House in an unprecedented live interview streamed on YouTube.com/CitizenTube.

"Neither the President nor his staff will know which questions will [be] asked ahead of time," blogged Steve Grove, who heads News and Politics on YouTube. "But what's clear from looking at the submissions is that they represent a broad cross-section of topics and concerns."

The event, which will air at 1:45 p.m. ET, will be the first interview with the president since he delivered his State of the Union. YouTube opened up its platform Wednesday as Obama was delivering his nationally televised speech to Congress. Grove will ask some of the most popular questions that were voted upon by YouTube users.

"When people are asked to weigh in on what matters most to them in an open forum, the result is a fascinating and informative look at the pulse of the country," Grove wrote on the YouTube blog. "It's this kind of transparency and direct access to information that we believe represents the promise of platforms like YouTube to improve our politics." 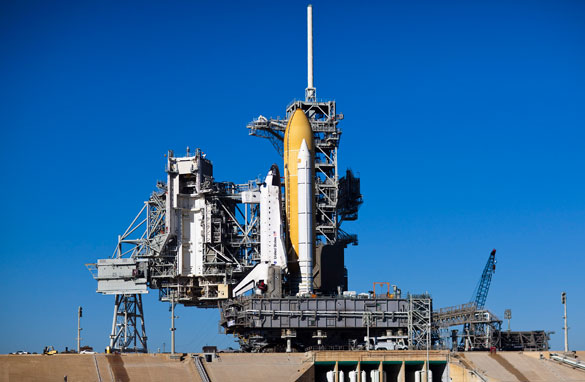 [cnn-photo-caption image= http://i2.cdn.turner.com/cnn/2010/images/02/01/art.plouffe.0615.gi.jpg caption="Political adviser David Plouffe will headline a fundraiser for New York Sen. Kirsten Gillibrand later this month."](CNN) - A top political adviser to President Obama will headline a fundraiser later this month for Sen. Kirsten Gillibrand, the New York Democrat who was appointed to fill the seat vacated by Secretary of State Hillary Clinton.

Plouffe will appear at a $250 per person breakfast at a New York City law firm on Feb. 22, a Gillibrand campaign aide said. The aide added that the campaign specifically asked Plouffe to appear at the fundraiser.

"I think the White House is quite happy with the leadership and the representation of Senator Gillibrand in New York," Gibbs said at a press briefing. "And as many are in the DSCC, we're supporting her reelection."

The DSCC, Democratic Senatorial Campaign Committee, is the political arm for Democratic senators.

END_OF_DOCUMENT_TOKEN_TO_BE_REPLACED

McConnell: Bush was mistaken to try terrorists in civilian court

[cnn-photo-caption image= http://i2.cdn.turner.com/cnn/2010/images/01/31/art.mcconnell0131.cnn.jpg caption="Senate Minority Leader Mitch McConnell took issue Sunday with many of the Obama administration's policies relating to treatment of alleged terrorists."]
Washington (CNN) – The leading Republican in the Senate said Sunday that the previous Republican administration had been mistaken in ever trying alleged terrorists in civilian federal courts.

“The only time [the Obama] administration ever cites the previous administration for a precedent is to mention that there were some terrorists tried in U.S. courts,” Sen. Mitch McConnell, R-Kentucky, said Sunday on State of the Union.

Instead of giving alleged terrorists civilian trials in federal court, McConnell said the administration should use the system of military commissions set up by Congress “for the specific purpose of trying foreigners captured on the battlefield.”

“They ought to be tried in these military commissions. They also ought to be detained at Guantanamo,” the Senate Minority Leader said.
END_OF_DOCUMENT_TOKEN_TO_BE_REPLACED

The budget calls for $53 billion in tax cuts and $50 billion job-creating measures, including small-business tax cuts, as well as new investments in green technology and infrastructure programs for work on roads and bridges.

“Candy’s rare combination of shrewd insight and healthy irreverence for the games politicians play has made her one of the most honored political journalists and a cult figure among CNN viewers,” said Jonathan Klein, president, CNN/U.S. “Every Sunday she’ll translate Washington-speak into plain English that every American can understand, as she has been doing better than any reporter on the beat for decades.”

Crowley moves into the anchor the chair that has been occupied for the past year by John King, CNN’s chief national correspondent. King is moving to weekdays to anchor a new 7 p.m. ET political program.

“We’re not here for our own sort of internal, Inside-the-Beltway conversation,” Crowley, CNN’s senior political correspondent, said of her new assignment. “It’s supposed to be relevant, and I think that people do tune in.”

Crowley, who joined CNN in 1987, has been a fixture on the presidential campaign trail for the better part of three decades. She has covered the late Sen. Edward Kennedy’s failed effort to defeat President Carter for the Democratic nomination in 1980, then-Texas Gov. George Bush’s razor thin victory over Vice President Al Gore in 2000 and then-Sen. Barack Obama’s historic run in 2008, among many others. She received a Gracie Allen Award in 2009 for her coverage of Sen. Hillary Clinton’s failed presidential bid.

“Our senior political correspondent is without peer: an experienced, dogged reporter; a poetic writer; a gifted leader and mentor; and beginning next Sunday, Candy Crowley will have the privilege and the pleasure of leading our Sunday conversation," said King as handed the baton to Crowley on Sunday’s program.

State of the Union will air from 9-10 a.m. ET with an “updated edition” at noon.

[cnn-photo-caption image= http://i2.cdn.turner.com/cnn/2010/images/02/01/art.obama.0201.gi.jpg caption="President Obama's new budget will be released on Monday."]New York (CNNMoney.com) - In his $3.8 trillion budget for next year, President Obama on Monday will lay out how Congress can lighten the country's debt load.

Specifically, he outlines a plan to reduce the nation's debt by $1.2 trillion over the next 10 years, and to get annual deficits as a percent of the economy down from 10.6% today, to 3% by 2015.

His plan consists of seven main pieces, some of which bank on some big assumptions.