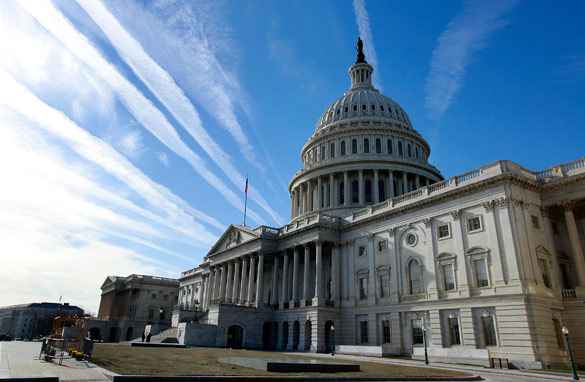 Were there more cloture votes in the Senate last year than in all of the 1950s and 1960s combined? (Photo Credit: Getty Images/File)

(CNN) - President Barack Obama Wednesday accused Republicans of packing "20 years of obstruction into one." Speaking to Senate Democrats, he declared, "You had to cast more votes to break filibusters last year than in the entire 1950s and '60s combined."

Fact Check: Were there more cloture votes in the Senate last year than in all of the 1950s and 1960s combined?

- A vote to end filibuster debate is called a cloture vote. From the 81st Congress (1949-1950) through the 91st Congress (1969-1970), there were a total of 30 votes on cloture. There were no more than seven cloture votes in any single session during those years.

- Starting with the 92nd Congress (1971-72), cloture votes became more frequent. Part of that can be explained by the fact that the Senate changed the required majority in 1975, making it easier to induce cloture.

Bottom Line: President Obama is correct. There were 39 cloture votes last year, nine more than the combined total for 1949-1970.