The former Alaska governor said on her Facebook page that she was too angry to offer a coherent response so she had her daughter, Bristol, release a full statement on the family’s behalf.

The Palins directed their criticism at the prime time Fox cartoon, “Family Guy.” In Sunday’s episode, a teenaged female character with Down syndrome told another character that “my mom is the former governor of Alaska.” A song and dance routine by another character also used language that ridiculed people with disabilities.

“People are asking me to comment on yesterday’s Fox show that felt like another kick in the gut,” Palin, a Fox News contributor, said in the statement posted Monday evening on her Facebook page. “Bristol was one who asked what I thought of the show that mocked her baby brother, Trig (and/or others with special needs), in an episode yesterday. Instead of answering, I asked her what she thought. Here is her conscientious reply, which is a much more restrained and gracious statement than I want to make about an issue that begs the question, ‘when is enough, enough?’”

Bristol Palin’s statement was posted below her mother’s Facebook entry.

“When you’re the son or daughter of a public figure, you have to develop thick skin,” Bristol Palin said. “My siblings and I all have that, but insults directed at our youngest brother hurt too much for us to remain silent. People with special needs face challenges that many of us will never confront, and yet they are some of the kindest and most loving people you’ll ever meet. Their lives are difficult enough as it is, so why would anyone want to make their lives more difficult by mocking them?

END_OF_DOCUMENT_TOKEN_TO_BE_REPLACED

[cnn-photo-caption image= http://i2.cdn.turner.com/cnn/2010/images/01/10/art.steele0110.gi.jpg caption="Michael Steele met privately with 50 Tea Party leaders in Washington on Tuesday."]Washington (CNN) - An uneasy truce may have been reached between the Tea Party movement and the Republican Party after Republican National Committee Chairman Michael Steele spent nearly four hours Tuesday trying to calm the fears of Tea Party leaders who worry that the GOP is out to co-opt their grassroots energy ahead of the 2010 midterm elections.

Steele met with about 50 Tea Party leaders from grassroots organizations around the country in a lengthy bull session at the Capitol Hill Club, a cushy Republican meeting-spot located next to RNC headquarters.

The closed-door event, organized several weeks ago, was originally scheduled to last for one hour. But participants said the confab lasted well into the evening after the RNC chairman vowed to answer every question put forth by the activists who made the trip to Washington.

Participants said their primary goal was simply "to be heard" by the party establishment and to make clear to Steele that Tea Party activists want the national party to stay out of local races. Steele, they said, listened graciously throughout the meeting and promised to keep the lines of communication open.

"We believe in this meeting that we were heard," said Karin Hoffman of D.C. Works For Us, a Tea Party organization in South Florida. "It's the beginning of a relationship."

But Hoffman, who initiated the sit-down, cautioned that the Tea Party movement is an autonomous grassroots movement and will not "be absorbed into the RNC."

Indeed, when a group of participants were asked after the meeting if they consider themselves Republicans, nearly all shook their heads and boasted that they were "American citizens." Others said they knew of fellow Tea Party activists who refused to come to the meeting because they do not trust the Republican leadership.

END_OF_DOCUMENT_TOKEN_TO_BE_REPLACED 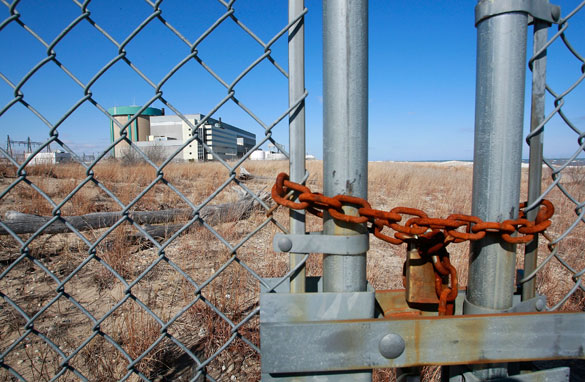 END_OF_DOCUMENT_TOKEN_TO_BE_REPLACED

The official, who requested anonymity because the president had not yet made the announcement, said the co-chairs of the commission will be Democrat Erskine Bowles, former White House chief of staff for Bill Clinton; and Alan Simpson, former Republican senator from Wyoming.

It will be officially titled the National Commission on Fiscal Responsibility and Reform.

In his weekly radio and Internet address this past Saturday, Obama touted the commission as the best way to attain "long-term deficit reduction" at a time when Congress seems paralyzed to come together on the mix of spending cuts and tax increases that will likely be needed to balance the nation's budget.

"In the end, solving our fiscal challenge - so many years in the making - will take both parties coming together, putting politics aside, and making some hard choices about what we need to spend, and what we don't," Obama said Saturday. "It will not happen any other way."

Obama has complained bitterly about the fact that a stronger fiscal commission was killed in the Senate earlier this month when several Republicans dropped their previous support after the president declared he would back it, leading to Democratic charges that the GOP was simply trying to deny Obama a victory.

END_OF_DOCUMENT_TOKEN_TO_BE_REPLACED

(CNN) - While the thought of a Sarah Palin presidency may leave some Democrats running for the hills, Secretary of State Hillary Clinton joked Tuesday she will "not be emigrating" should the former Alaska governor win a White House bid.

Clinton was asked during a town-hall meeting at an all-women college in Jeddah, Saudi Arabia, if she would consider moving to Canada or Russia instead of living in the United States under a President Palin.

"Well, the short answer is no. I will not be emigrating," she said to laughter. "I will be visiting as often as I can."

END_OF_DOCUMENT_TOKEN_TO_BE_REPLACED

Most observers have considered the public option - an idea long favored by liberal Democrats - to be a non-starter since it was dropped from a Senate reform bill passed in December. But Sens. Michael Bennet of Colorado, Kirsten Gillibrand of New York, Jeff Merkley of Oregon, and Sherrod Brown of Ohio signed a letter urging Reid, D-Nevada, to hold a vote on the proposal under a rule known as a reconciliation, which would allow the measure to pass with only 51 votes - a simple majority.

The letter was co-signed by 119 Democrats in the House of Representatives.

Liberal groups MoveOn.org, the Progressive Change Campaign Committee, Democracy for America, and Credo Action are pushing other Democratic senators to sign the letter as well.

Health care reform has long been considered President Barack Obama's top domestic priority. Democrats, however, have been struggling to reach agreement on how best to pass a bill since Massachusetts GOP Sen. Scott Brown's upset victory last month in the race to fill the seat formerly held by Sen. Ted Kennedy.

END_OF_DOCUMENT_TOKEN_TO_BE_REPLACED

Robert Gibbs: I'm my own tweeter

[cnn-photo-caption image= http://i2.cdn.turner.com/cnn/2010/images/02/13/art.gibbstw0213.tw.jpg caption="In his first tweet, White House Press Secretary sought advice from the Twitterverse."]Washington (CNN) – It's the dirty secret of celebrity tweeting: Many politicians and other high-profile types don't clack out their own tweets.

The White House press secretary was asked during his daily press conference on Tuesday if he really tweeted from his new account.

@PressSec prominently states that it is an official White House Twitter account, thus "comments & messages" could be archived under the Presidential Records Act.

CNN Radio's Bob Costantini asked Gibbs if his account, including the accounts he is following, are really part of White House records. Gibbs said he was unsure and would "check with the lawyers."

Washington (CNN) - Only a third of U.S. voters think that most members of Congress deserve to be re-elected this year, according to a new national poll. That's the lowest number ever recorded for that question in a CNN survey.

According to the survey, 51 percent feel their member of Congress should be re-elected - also an all-time low in CNN polling - while 44 percent say their representative doesn't deserve to be returned to office in November.

The numbers on both questions are even lower than in 1994, when an anti-incumbent fever helped Republicans win back control of both the House and the Senate from Democrats. The trend line on those questions goes back to 1991, when they were first asked.

"This is not a good year to be an incumbent, regardless of which party you belong to," said CNN Polling Director Keating Holland. "Voters seem equally angry at both Republicans and Democrats this year."

Fifty-six percent of people questioned in the survey say that most Democrats in Congress do not deserve to be re-elected. An equal amount also say that most congressional Republicans don't deserve re-election.

END_OF_DOCUMENT_TOKEN_TO_BE_REPLACED

Boozman, one of several Republicans hoping to unseat Democratic Sen. Blanche Lincoln, said that Huckabee has the qualities and experience to lead his campaign.

"Sarah has the experience, leadership qualities, and intimate knowledge of Arkansas I'm looking for in a campaign manager," the congressman said.

Before joining Boozman's campaign, Huckabee directed her father's political action committee HuckPAC and was the political director of his 2008 presidential campaign.

One day after announcing an appearance before the influential Iowa Christian Alliance on March 9, Santorum's spokeswoman confirmed that the former Pennsylvania Senator will make his first visit to New Hampshire on April 30. He will keynote the Cheshire County Republican Lincoln Day Dinner in Keene.

Since first making noise about a potential 2012 candidacy last year, Santorum has already made stops in the key early primary states of Iowa and South Carolina.