Michelle Obama on year one 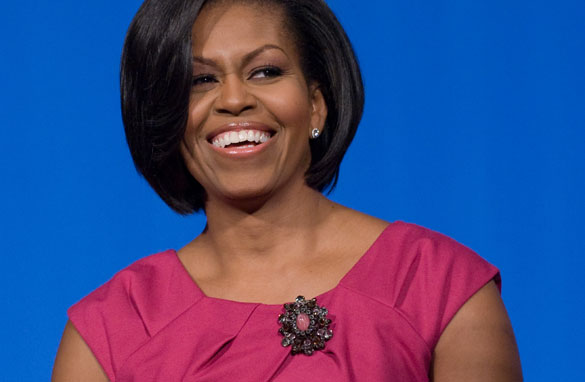 Michelle Obama says that one year into her husband's presidency, the American people have finally gotten to know her. (PHOTO CREDIT: AFP/GETTY IMAGES)

Washington (CNN) - Michelle Obama says that one year into her husband's presidency, the American people have finally gotten to know her.

After a grueling 2008 campaign, the first lady has focused on combating childhood obesity, an issue she says deserves top billing.

"The truth is, if one in three kids in this country are overweight or obese, and those numbers are double in the African-American and Hispanic communities, that's not just an inconsequential point. That is a key part of the issue, so it seemed to me a natural and important point to make; that's not a sidebar fact," Obama told Politico.

And just days after President Obama underwent a physical examination where it was recommended he stop smoking, the first lady said his struggle to quit is understandable.

The first lady also weighed in on the recent departure of White House social secretary Desiree Rogers, who stepped down last week after a year on the job.

"You can't look back on this year and be disappointed. She's done a great job. She came into this with a shorter-term perspective. Leaving the corporate world, she was always sort of ambivalent," said Obama.