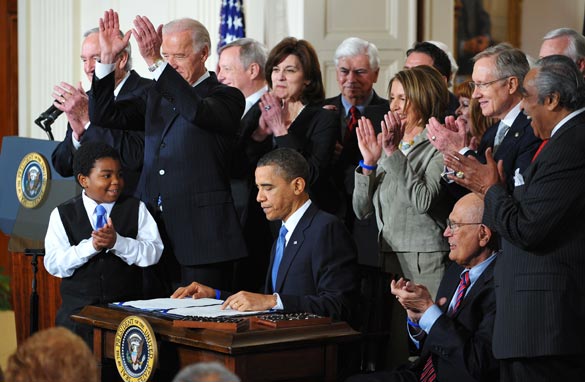 Washington (CNN) - President Barack Obama, greeted by applause from enthusiastic backers of his health care reform legislation, said, "Today after almost a century of trying, today after over a year of debate, today after all the votes have been tallied, health insurance reform becomes law in the United States of America."

Watch the remarks after the jump