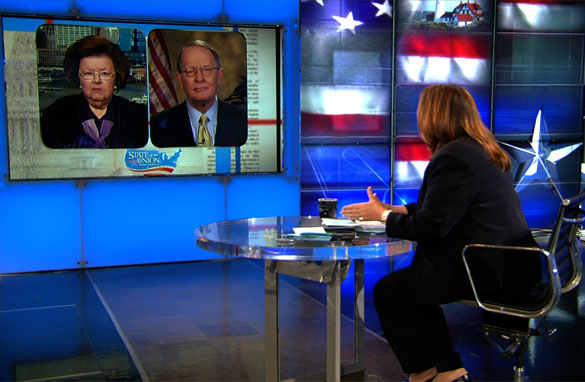 Sen. Barbara Mikulski, D-Maryland, agreed with Alexander and had detailed advice about how to cool down the country’s political rhetoric.

“I have a suggestion,” Mikulski told Crowley on State of the Union. “Let's go back to the three R’s: respect, rules of engagement that promote decorum, and, number three, stop the rewards system that enables you to raise a lot of money after using outrageous and bizarre behavior.”

Asked about recent efforts by fellow Democrats to raise money in the wake of threats and vandalism directed at Democratic lawmakers who supported the health care bill, Mikulski called out members of her own party.

“I think it's stridency, whether it is from the right or the left. We need to lower the decibel level."

Earlier: Axelrod weighs in on Dem fundraising off of threats, violence