Washington (CNN) - The Democratic National Committee announced Monday that it is launching a new television ad focused on changing the rules that govern Wall Street.

"Not Again," a 60-second TV spot, will beginning airing Tuesday in Washington and on national cable outlets, according to a DNC spokesperson. The commercial will air for at least one week, said the spokesperson, who would not offer any further specific details about the buy.

The ad opens with images of storm clouds as viewers are asked to recall the near-collapse of the economy in 2008 when some Wall Street giants faltered and were assisted by financial support from the government.

END_OF_DOCUMENT_TOKEN_TO_BE_REPLACED

New York (CNNMoney.com) - The U.S. government is racking up debt at a slower pace than last year, according to Treasury Department figures released Monday.

In the first six months of the fiscal year, the U.S. government fell $717 billion further into the red, the Treasury Department reported Monday, including a $65.4 billion deficit in March. That means the deficit for fiscal 2010, which started in October, is down 8% from $781.4 billion in the same period last year.

The Treasury Department is forecasting that the deficit will hit $1.56 trillion this year, up from the record $1.4 trillion losses posted last year.

March's shortfall, the 18th consecutive monthly deficit, was down from the $191.6 billion in the red posted a year ealier. Just before the start of the financial crisis in September 2008, the government reported a monthly gain, which reduced its overall debt by $45.7 billion. 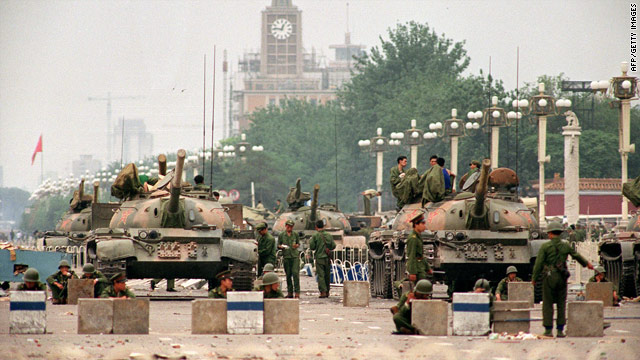 Washington (CNN) - President Obama and Chinese leader Hu Jintao are meeting Monday about nuclear security and other issues. The meeting comes as part of a two-day summit on how to better safeguard nuclear weapons materials and keep them out of the hands of terrorists.

Here's a look at some highs and lows in the sometimes rocky relationship between the U.S. and China.

In an interview with CNN earlier Monday, Ukrainian President Viktor Yanukovich said most of his nation's highly enriched uranium would be gone by the end of 2010.

"The Ukraine has quite a number of power plants and various universities and research institutes where we are trying to understand to best utilize nuclear in a peaceful means," Yanukovich said in the interview with CNN foreign affairs correspondent Jill Dougherty. "We are working on it. However, we are already taking the necessary step to remove highly enriched uranium from the country. By the end of this year, Ukraine is going to have the larger part of this uranium taken out of the country."

Washington (CNN) - Touted as the first "cattle call" for potential GOP 2012 presidential contenders, the Southern Republican Leadership Conference just wrapped up Sunday. But according to CNN Deputy Political Director Paul Steinhauser, the GOP gathering may have been "more about the mid-term elections, this year."

Listen to Steinhauser on the CNN Radio Political Notebook:

[cnn-photo-caption image= http://i2.cdn.turner.com/cnn/2010/images/04/12/obama0412.gi.jpg caption ="Americans are split on President Obama's goal of eliminating all of the world's nuclear weapons."]

Washington (CNN) - Americans are split on President Obama's goal of eliminating all of the world's nuclear weapons, according to a new CNN/Opinion Research Corporation poll released Monday. But the survey also indicates the public overwhelmingly agrees with the mission of the president's nuclear summit this week to keep those weapons out of the hands of terrorists.

Seventy-seven percent of people questioned in the poll say that preventing terrorists from getting nuclear weapons is more important than reducing the number of nuclear weapons controlled by government that are unfriendly to the U.S. According to the survey, 55 percent say that it is likely that terrorists will attack the U.S. with nuclear weapons within the next decade, but less than four in ten think that an all-out nuclear is likely.

"Most Americans are worried about terrorists with nuclear weapons and they see 'loose nukes' as the top priority for the government's nuclear policy," says CNN Polling Director Keating Holland.

END_OF_DOCUMENT_TOKEN_TO_BE_REPLACED

"Generally, the Republican leadership [doesn't] want to have anything to do with me and don't want to have anything to do with the Ron Paul people," Paul said in an interview on CNN's American Morning. "They should be looking to us and saying, 'You know, why don't we help these young people who are so anxious and interested in what I'm talking about? Maybe they can be and sure should be in the Republican Party instead of being excluded.' He's reached out."

END_OF_DOCUMENT_TOKEN_TO_BE_REPLACED

[cnn-photo-caption image= http://i2.cdn.turner.com/cnn/2010/images/04/11/art.barbouriso0411.cnn.jpg caption=" Gov. Haley Barbour's comments 'portrayed a Republican mindset that is not only out of touch with this century, but the last one as well,' a spokesman for the DNC said Sunday."]
Washington (CNN) – With the nation’s first African-American president occupying the Oval Office, the South’s Confederate history is ensnaring a second Republican governor in as many weeks in a controversy over how the nation ought to remember the institution of slavery.

Trying to defend a fellow Southern Republican governor, Mississippi’s Haley Barbour drew fire from the Democratic National Committee, which issued a statement Sunday after an interview with Barbour aired on CNN’s State of the Union.

“I don’t know what you would say about slavery,” Barbour told CNN Chief Political Correspondent Candy Crowley, “but anybody who thinks that slavery is a bad thing – I think goes without saying.”

Barbour was explaining his belief that Virginia Gov. Bob McDonnell had not made a mistake in omitting any mention of slavery from a recent proclamation declaring April Confederate History Month in his state.

Responding to allegations that McDonnell’s omission was insensitive, Barbour said, “To me, it's a sort of feeling that it's a nit. That it is not significant, that it's not a – it's trying to make a big deal out of something doesn't amount to diddly.”

The DNC slammed Barbour for the remarks.

"Governor Barbour defended the indefensible this morning and in doing so portrayed a Republican mindset that is not only out of touch with this century, but the last one as well,” DNC national press secretary Hari Sevugan said in a written statement. “To say that the systematic condemnation of millions to bondage and generation upon generation to servitude is ‘not significant,’ or that the tearing apart of families and the selling of human beings as cattle ‘doesn't amount to diddly’ is outrageous for any public official to say, let alone a man Republicans have placed in a position of leadership.”
END_OF_DOCUMENT_TOKEN_TO_BE_REPLACED

The debate over how to reduce U.S. debt levels has generated a lot of partisan huffing and puffing in Congress, but no meaningful action.

Enter President Obama's bipartisan fiscal commission, which will hold its first meeting in a few weeks.

The panel's goal is not to erase the deficit - that would be far too difficult at this point. Rather, the commission will recommend policies that can slow the growth rate of debt to a "sustainable" level. Among other things, that means making sure annual deficits don't grow faster than the economy.

The commission's first task is to figure out what lawmakers can do to bring the annual deficit as a percent of gross domestic product (GDP) down to 3% starting in 2015.

Broadly speaking, Congress has three options: raise taxes, cut spending or do both. None will be pretty.