For high court pick, 'wise' to look outside the courts, gov says

Click to watch video
(CNN) – As President Obama ruminates over his second Supreme Court pick in as many years, outgoing Michigan Gov. Jennifer Granholm said Obama would be “wise” to consider someone outside the usual suspects on the federal appellate courts.

In an interview that aired Sunday on CNN’s State of the Union, the two-term Democrat who campaigned with Obama during his run for the presidency was coy when asked about her own status as a potential Supreme Court pick.

As to whether the second time might be the charm for her, Granholm deferred saying she “was going to allow the administration to speak on anything on this go-round.”

Granholm did not hold back, however, about whether Obama should be looking at candidates who are not currently sitting federal judges – a suggestion made often by Senate Judiciary Chairman Patrick Leahy, D-Vermont, whose committee holds hearings on Supreme Court nominees.

“I think it's a very wise move to consider experience that is not just from the judicial monastery,” Granholm told Crowley.
END_OF_DOCUMENT_TOKEN_TO_BE_REPLACED

'We have been mourning with you,' Obama tells miners' families 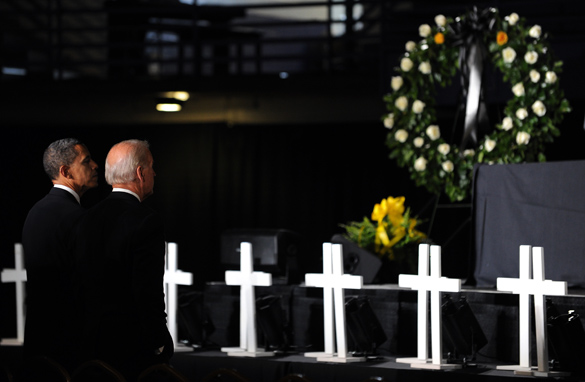 Beckley, West Virginia (CNN) - President Barack Obama on Sunday sought to comfort the loved ones of 29 workers killed in a mine explosion in West Virginia earlier this month, saying, "We have been mourning with you throughout these difficult days."

Delivering a eulogy at a memorial service for the fallen miners, Obama said, "We also keep in our thoughts the survivors who are recovering and resting at the hospital and at home."

State of the Union: Candy Crowley's Crib Sheet for April 25

Seriously, who knows? Senator Richard Shelby (R-Alabama) says “…we’re conceptually very, very close.” (The dictionary defines concept as “a general notion or idea.” Not sure how close a close conceptual agreement would get us to a bill on the President’s desk.) So, no agreement yet, but Shelby and Sen. Chris Dodd (D-Connecticut) looked quite agreeable sitting side by side on NBC, patting one another’s arms, talking about their negotiations for a bipartisan reform bill. Dodd said “We’re getting there.” Even if we’re not sure where there is, conceptually speaking.

But wait—there’s more. Senate Minority Leader Mitch McConnell (R-Kentucky), on Fox, said he thinks there’s a “…good chance we’re going to get it.” (but not likely before tomorrow’s vote on whether to proceed with a reform bill.)

Interestingly, the apparent decision by Senate Democrats to move to immigration reform (instead of climate change) got a fairly muted response for something that the GOP sees as a blatantly political effort by Democrats to placate Hispanic American voters and to jam up Republicans on a difficult issue. Shelby and Chambliss essentially said immigration reform would be just fine, right after we figure out how to secure the borders. Is that an echo I hear?

Not every Democrat seems enthused either. Sen. Menendez argued gamely that the Senate can do both the energy AND immigration reform this year, which would be climate change of a different sort.
END_OF_DOCUMENT_TOKEN_TO_BE_REPLACED

[cnn-photo-caption image= http://i2.cdn.turner.com/cnn/2010/images/04/25/art.saxbyiso0425.cnn.jpg caption="'We've got a lot of work left on our plate between now and the end of the summer,' Sen. Saxby Chambliss, R-Georgia, said Sunday."]
Washington (CNN) - Two key Republican lawmakers joined a growing GOP effort Sunday to halt the push for immigration reform, arguing the time is not right to take on the massive and complex issue.

"I'm not sure how you can really justify" trying to tackle immigration or energy reform this year, Sen. Saxby Chambliss, R-Georgia, told CNN's "State of the Union."

"We've got a lot of work left on our plate between now and the end of the summer. And we're starting on financial regulatory reform. ... I'm not sure where you find the time to deal with these other major issues," Chambliss said, adding that "until you secure the border, trying to really have an overall reform package on immigration just simply can't be done."

Senate Majority Leader Harry Reid, D-Nevada, said last week he will make passing a comprehensive immigration bill a priority once the Senate completes its work on a Wall Street reform bill. He cited a controversial new law in Arizona, requiring police to determine whether a person is in the United States legally, as indicating the need for reform on a national level.

Reid's decision followed remarks by President Obama calling on both parties to pass immigration reform. The president has rejected the Arizona law, saying that "if we continue to fail to act at the federal level, we will continue to see misguided efforts opening up around the country." 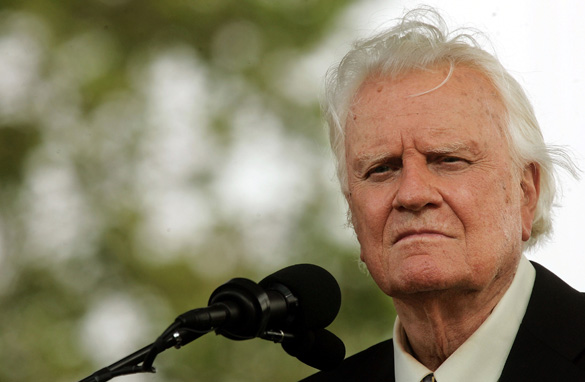 White House spokesman Bill Burton said the visit was a follow-up to Obama's telephone call to Graham on the evangelist's 91st birthday last November. At that time, Burton said, the two agreed to meet as soon as possible.

Obama had a private prayer and conversation with Graham, Burton said, adding that Obama was "extraordinarily gratified" for the meeting. Graham's son, Franklin, also was there, Burton said.

Granholm on Michigan's economy: 'We have hit bottom'

“I’m not sure how you can really justify bringing either one of them up at this point,” Chambliss said on CNN’s State of the Union.

He added that the Senate has yet to make any progress on the budget or the many appropriations bills necessary to fund the federal government’s operations.

“We’ve got a lot of work left on our plate between now and the end of the summer,” he said, noting that the Senate was about to take up financial regulatory reform. “I’m not sure where you find the time to deal with these other major issues,” Chambliss told CNN Chief Political Correspondent Candy Crowley.

Asked by Crowley whether political considerations are pushing Democrats to move immigration onto the front burner during this midterm election year, the Republican did not hesitate.

“Oh sure, I mean it’s pretty clear that’s what this is all about," he responded.
END_OF_DOCUMENT_TOKEN_TO_BE_REPLACED

Senators weigh in on reforming regulation of Wall Street

Washington (CNN) - A deal is close on a Senate financial reform bill, the leading negotiators said Sunday, but Republicans warned they are not yet prepared to launch debate on the measure.

Democratic Sen. Christopher Dodd of Connecticut and Republican Sen. Richard Shelby of Alabama told NBC's "Meet the Press" that they would continue working Sunday to reach a deal on one of President Obama's top legislative priorities.

Dodd said the Senate's Democratic leadership plan is to open debate on the bill on Monday, but Shelby warned that might be too soon. Republicans have enough seats in the Senate to block the start of debate.

The Senate's top-ranking Republican, Mitch McConnell of Kentucky, told "FOX News Sunday" he also believed a deal was likely, but not as soon as Monday.

"We don't have a bipartisan compromise yet," McConnell said. "But I think there's a good chance that we're going to get it."

Asked if Republicans will allow debate on the bill to proceed Monday, McConnell said he didn't expect that to happen.