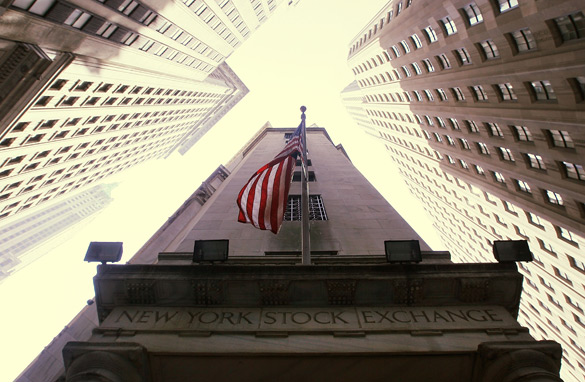 Washington (CNN) - Hours before a showdown in the Senate over the Democrats financial reform legislation, a new national poll indicates that nearly two-thirds of Americans support stricter regulations of banks and Wall Street firms.

According to a ABC News/Washington Post survey released Monday morning, 65 percent of the public supports stricter federal regulations on the way banks and other financial institutions conduct their business, with 31 percent opposed. A majority of people questioned in a CNN/Opinion Research Corporation poll conducted last month also favored greater government regulation of banks and other financial institutions.

Taking a look at some of the provisions in the legislation, the ABC News/Washington Post survey indicates that nearly six in ten back increasing federal oversight of the way banks and other financial companies issue credit cards and make consumer loans, such as mortgages and auto loans. And 53 percent support requiring large banks and other financial companies to put money into a fund that would cover the cost of taking over and breaking up any large financial company that fails and threatens the broader economy; 42 percent are opposed.

But according to the poll, Americans are divided on allowing the federal government to regulate the complex financial instruments known as derivatives, with a large number who seem unfamiliar with the issue. Opinion is split with 43 percent in favor and 41 percent opposed; 17 percent have no opinion.

The public is also split at 48 percent on approval of how President Barack Obama has handled regulation of Wall Street and the big banks, but the public trusts him on this issue more than they do the GOP. The survey indicates that 52 percent think Obama would do a better job handling the issue, with 35 percent saying that they trust congressional Republicans to do a better job.

The ABC News/Washington Post poll was conducted April 22-25, with 1,001 adults questioned by telephone. The survey's overall sampling error is plus or minus three percentage points.