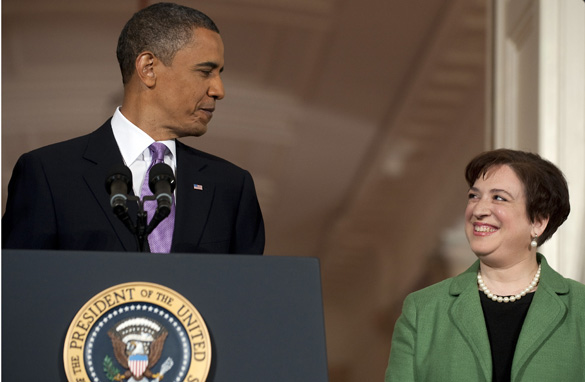 If confirmed, the 50-year-old Kagan will become the 112th Supreme Court justice. She would be the third woman on the nine-member bench and the fourth in the history of the court. Her confirmation also would mean that the Supreme Court would have no Protestant justices for the first time in its history. Kagan, who is Jewish, would join six Catholic and two Jewish justices; Stevens is Protestant.

Kagan, a native New Yorker, was widely reported to be the front-runner for the nomination. She was a finalist for the high court vacancy last year when Justice Sonia Sotomayor was selected to replace the retiring David Souter.

Kagan received her law degree from Harvard University, where she later served as dean of the law school. She previously served in the Clinton administration as associate White House counsel.