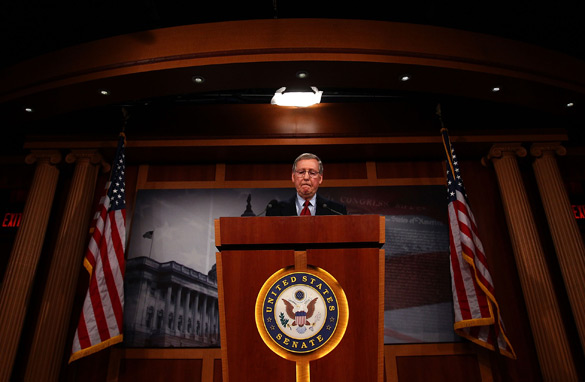 “I congratulate Elena Kagan on her nomination. As we did with Justice Sotomayor last year, Senate Republicans will treat Ms. Kagan fairly. She has been nominated for a lifetime appointment on the nation’s highest court, and we will carefully review her brief litigation experience, as well as her judgment and her career in academia, both as a professor and as an administrator. Fulfilling our duty to advise and consent on a nomination to this office requires a thorough process, not a rush to judgment.

“The American people expect judges to apply the Constitution and laws of the United States fairly and impartially—as they are written, not how they could have been written but were not. Even though the President who nominates them has personal policy preferences, judges must not be a rubberstamp for any administration. Judges must not walk into court with a preconceived idea of who should win. Their job is to apply the law ‘without respect to persons,’ as the judicial oath states; it is not to pick winners or losers.

“Senate Republicans will have a vigorous debate on the importance of this principle. And we will diligently review the record of Ms. Kagan to ensure that she shares this principle and that she possesses the requisite experience to serve on the Supreme Court.”