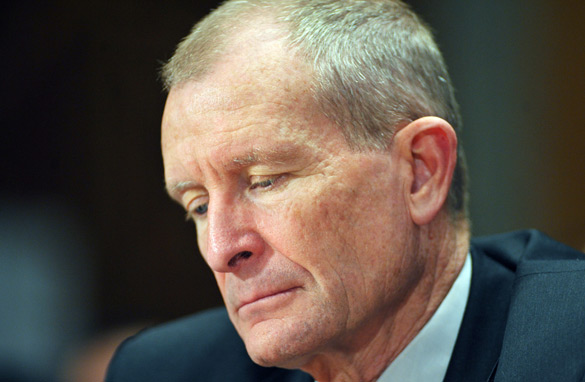 The report identified 14 "points of failure" in the incident, most of which have been raised previously by intelligence officials, including the failure of the State Department to revoke the suspect's U.S. visa, a breakdown in disseminating all information to key agencies and the failure to conduct necessary searches for information.

Blair responded to the report by noting changes made in response to the Christmas incident, including creation of a National Counterterrorism Center analytical unit dedicated to following up on terrorist threat information. However, Blair's statement noted that "institutional and technological barriers remain that prevent seamless sharing of information."

The issue of whether AbdulMutallab should have been read is Miranda rights also came into question. During congressional hearings on the case in January, FBI Direct Robert Mueller said AbdulMutallab was interviewed twice by what Mueller called some of the best FBI agents. Officials said the first interrogation lasted about 50 minutes, and the second was shorter.

It was after the second interrogation that AbdulMutallab was read his Miranda rights - rights under U.S. law that are read to individuals before arrest. At that point, he stopped talking to the agents.

Blair, at the time, testified that a newly created high-value, detainee-interrogation group, or HIG, should have been brought into the loop.

"That unit was created exactly for this purpose: to make a decision on whether a certain person who is detained should be treated as a case for federal prosecution or for some of the other means," he said.

However, Blair later discovered that HIG was not yet operational, a revelation that surprised many senators. He also said he hadn't been consulted on the decision to read AbdulMutallab his Miranda rights.