With oil sloshing ashore along the state's barrier islands and seeping into marshes around the mouth of the Mississippi River, state and parish leaders want to use dredges to close channels between the Gulf and the coastal estuaries. But they said those plans have been held up by the Army Corps of Engineers and the agencies in charge of the spill response, including the Coast Guard and BP, the company responsible for the spill. 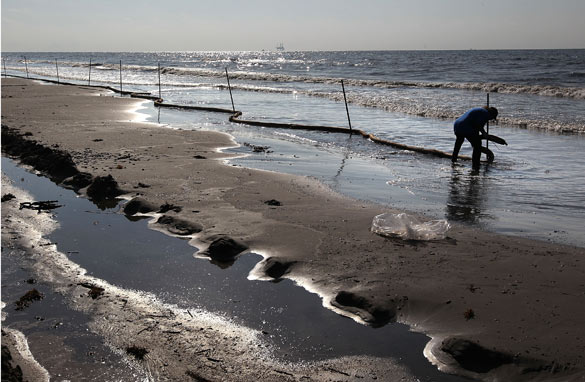 State of the Union: Candy Crowley's Crib Sheet for May 23

But not too much change because there was that whole dreadful business when newbie pol and freshly minted Republican senatorial candidate Rand Paul of Kentucky got all tangled up in his feelings about the 1965 Civil Rights Act, forcing his new best buddies in the GOP to react. It was so bad by week’s end that Paul cancelled his appearance on “Meet the Press.”

He can run, but his new best buddies can’t hide. Doing the Sunday tap dance around Rand Paul:

RNC Chief Michael Steele: “I don’t vote in that state.”
Sen. John Cornyn (R-Texas) “applauded” Paul for “clarifying his views.”
Gov. Pawlenty: “unfortunate.”
Sarah Palin advised Paul not to assume he can engage in “hypothetical discussion… with a media personality who has an agenda,” something Paul may have figured out by now.

Unhelpful, at least for the GOP, was Gov. Ed Rendell (D-Pennsylvania) who chirply noted that Mr. Paul’s predicament neatly fits into his belief that Tea Party candidates will be easier to beat this fall. Also bullish on November, DNC chief Tim Kaine, who predicted Dems will keep both houses. His crystal ball leaned heavily on the results of Pennsylvania’s 12th congressional district last Tuesday.
END_OF_DOCUMENT_TOKEN_TO_BE_REPLACED

Sestak: White House offered a job to keep him out of primary 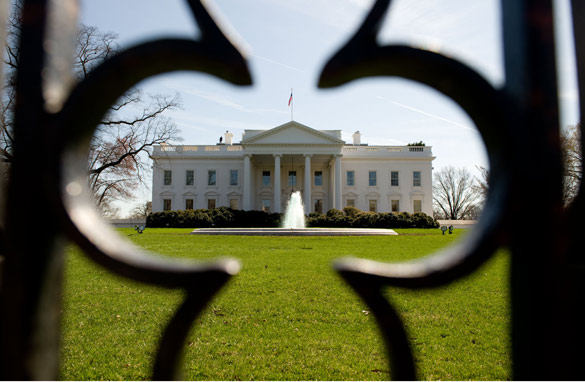 Washington (CNN) - Rep. Joe Sestak says he was offered an unspecified job by the White House in an attempt to stop him from challenging Sen. Arlen Specter in Pennsylvania's Senate Democratic primary.

Sestak, who defeated the veteran Specter in last week's primary election for the Democratic nomination, answered "yes" Sunday when asked by CNN about the White House offer. Sestak has previously acknowledged the offer in other interviews.

However, Sestak refused to provide any further details "about something that happened months earlier," saying "beyond that, there's nothing to add."
END_OF_DOCUMENT_TOKEN_TO_BE_REPLACED

State of the Union: Up close on satisfaction in the U.S.

Washington (CNN) – In the wake of Rand Paul’s win last week in Kentucky’s Republican Senate primary, both national parties are trying to figure out just what to make of the Tea Party movement, the conservative, grassroots movement that backed Paul and has coalesced in opposition to policies of the Obama administration and congressional Democrats.

Democrats and Republicans disagree on the impact of the movement, and those differences were on display Sunday on CNN’s State of the Union.

Gov. Ed Rendell, D-Pennsylvania, defined the movement as “the anger that people feel towards incumbency” and added that “it has some power particularly in Republican primaries.”

But Rendell was quick to dismiss any suggestion that the conservative movement could help the GOP best Democrats in general election face-offs. Pointing to Democrats’ victory last Tuesday in a special election in Pennsylvania’s 12th congressional district, the Democratic governor said “the Tea Party was not a factor in that election at all” even though PA-12 has a track record, in Rendell’s words, of being “a Republican-performing district.”

Instead of fearing the Tea Party movement’s impact on Democrats, Rendell said the grassroots movement may be doing a disservice to the GOP.

Rendell pointed to Florida Gov. Charlie Crist (who decided to skip his state’s GOP Senate primary and run without a party affiliation) and Utah Sen. Bob Bennett (who did so poorly at a recent state convention that he did not even make it to the GOP primary) as casualties of the Tea Party movement’s fervor.

And the Democratic pol said the Tea Party movement’s influence in GOP primaries will help Democrats this November.

“I think the Tea Party movement candidates are going to be more easy to beat in a general election. I think that’s the case with Rand Paul,” Rendell told Crowley.

For his part, Minnesota’s Republican governor said he was glad to have the Tea Party movement affiliated with the GOP, despite its potential pitfalls.
END_OF_DOCUMENT_TOKEN_TO_BE_REPLACED

Washington (CNN) - Rand Paul backed out of his Sunday morning talk show appearance, but that didn't stop people from talking about him.

Paul, the Tea Party-backed eye doctor who won Kentucky's Republican Senate primary last week, cited exhaustion as well as a desire to put behind him controversy over his comments on the Civil Rights Act in deciding against a previously scheduled appearance on NBC's "Meet the Press," according to host David Gregory.

Paul, the son of former Republican presidential candidate Rep. Ron Paul of Texas, has said he opposes racism but believes the Civil Rights Act of 1964 was too expansive in dictating that privately-owned businesses must serve all customers. He later said he supported the landmark legislation but continued to question what he called the excessive role of government in the lives of U.S. citizens.

Most fellow Republicans characterized the issue as a mistake by a rookie politician, but Republican National Committee Chairman Michael Steele, who is African-American and is trying to broaden the party's support among minorities, said it involved a personal philosophy that "got in the way of reality."
END_OF_DOCUMENT_TOKEN_TO_BE_REPLACED

State of the Union: BP is 'devastated,' director says

'Be for change,' Pawlenty tells incumbents

[cnn-photo-caption image= http://i2.cdn.turner.com/cnn/2010/images/05/23/art.tpawsotu0523.cnn.jpg caption="'It’s not just anti-incumbent. It’s what that incumbency represents,' Minnesota Gov. Tim Pawlenty said of the political climate Sunday on CNN."]
Washington (CNN) – One of the possible contenders for the Republican Party’s 2012 presidential nod has some guidance for incumbents running in 2010’s tough, anti-establishment political environment.

“I think the best advice for anybody running is to be for change,” Minnesota Gov. Tim Pawlenty said Sunday on CNN’s State of the Union.

Wearing the hat of a political strategist for a few moments, the Republican governor parsed the current political climate which is toppling incumbents in Congress even before November’s midterm general election.

“So that’s not just against incumbents. It’s dissatisfaction with the substance underneath it and it really relates profoundly to the economy,” Pawlenty said.

Pawlenty is widely considered by political observers to be laying the groundwork for a White House bid in 2012. His term as Minnesota’s chief executive is up early next year and in the past two weeks he has emerged victorious in a budget stand-off with the state’s Democratically controlled legislature.