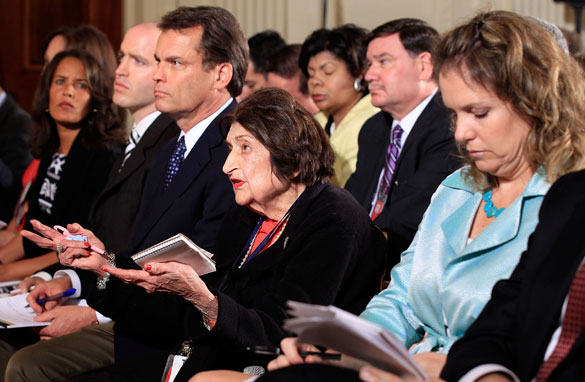 The reporters’ statement said, “Many in our profession who have known Helen for years were saddened by the comments, which were especially unfortunate in light of her role as a trailblazer on the White House beat.”

And during a Monday morning briefing, White House press secretary Robert Gibbs also criticized Thomas, saying, "Those remarks were offensive and reprehensible. I think she should and has apologized because obviously those remarks do not reflect the - certainly the opinion of, I assume, most of the people in here and certainly not of the administration."