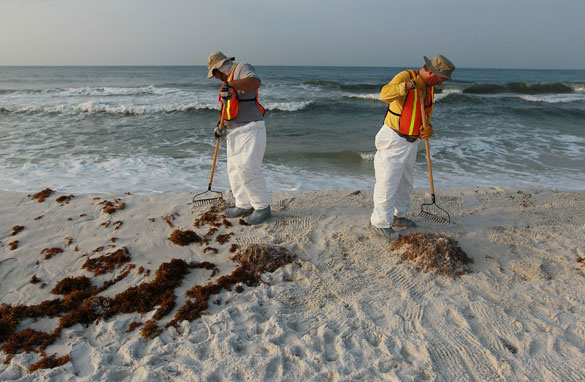 Washington (CNN) - Nearly three out of four Americans say the oil spill in the Gulf of Mexico is a major environmental disaster, and a majority wants legal action against BP and its partners, according to a new national poll.

The Justice Department launched both criminal and civil investigations into the disaster in recent days.

According to the survey, nearly seven in ten say the federal government's done a not so good or poor job handling the spill, with more than eight in ten giving BP a thumbs down. The poll indicates that this dissatisfaction crosses party lines.

The ABC News/Washington Post poll was conducted June 3-6, with 1,004 adults questioned by telephone. The survey's overall sampling error is plus or minus three percentage points.