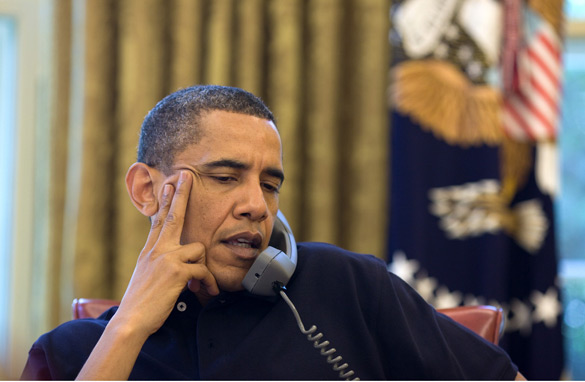 The White House did not specify what the president considers to be the nation’s best beer. Obama drank a Bud Light at the White House last summer during the so-called “beer summit” which brought together a Harvard professor and police officer after an incident between them sparked controversy.
END_OF_DOCUMENT_TOKEN_TO_BE_REPLACED

Washington (CNN) - President Barack Obama sought to ease diplomatic tensions raised by criticism of British oil giant BP by telling Prime Minister David Cameron on Saturday that frustrations over the Gulf of Mexico oil disaster had nothing to do with national identity.

Johannesburg, South Africa (CNN) - Vice President Joe Biden, in South Africa as the World Cup got into full swing, discussed a range of issues with his South African counterpart and planned to watch the U.S. match with England on Saturday.

Biden - who represented the United States during the opening ceremonies of the 2010 World Cup - sat down with South African Deputy President Kgalema Motlanthe, in a meeting his office said was "indicative of the deepening and expanding relations between our two nations."

They talked about the political crisis in Zimbabwe and Sudan as well as "development, security, and economic interests." They also emphasized the importance of the U.S.-South Africa Strategic Dialogue –a diplomatic framework to engage on bilateral and multilateral issues.
END_OF_DOCUMENT_TOKEN_TO_BE_REPLACED

In new ad, Reid takes on challenger over Social Security

One day after the Senate Majority Leader came out with two campaign commercials touting his ability to create jobs in his home state, the Nevada Democrat has released another ad that paints Sharron Angle as out of the mainstream.

"Shockingly, Sharron Angle wants to wipe out Social Security, says the announcer in the commercial. "She'd cut benefits for everyone coming into the system."

Angle, once a long shot for the Nevada Republican Senate nomination, easily defeated 12 other candidates in last Tuesday's primary, thanks in part to help from the Tea Party Express (a national Tea Party organization) and the Club for Growth, an anti-tax group.

On Social Security, the former state lawmaker says "free market alternatives, which offer retirement choices to employees and employers, must be developed and offered to those still in their wage earning years, as the Social Security system is transitioned out," according to her campaign website. As for those currently in the system, Angle adds that "the government must continue to keep its contract with seniors, who entered into the system on good faith and now are depending on that contract."
END_OF_DOCUMENT_TOKEN_TO_BE_REPLACED

'We cannot go on like this,' Boehner says of federal spending

Among other things, Boehner notes that the Democratically-led Congress is yet to produce a budget more than two months after the historical deadline for doing so.

“This is a stunning failure of leadership – the kind of leadership President Obama promised to provide," Boehner says in the address.

END_OF_DOCUMENT_TOKEN_TO_BE_REPLACED

Click to watch video
Washington (CNN) - President Obama used his weekly internet and radio address to urge Congress to block an automatic 21 percent pay cut for doctors who participate in the Medicare program.