Arizona bill would deny citizenship to children of illegal immigrants 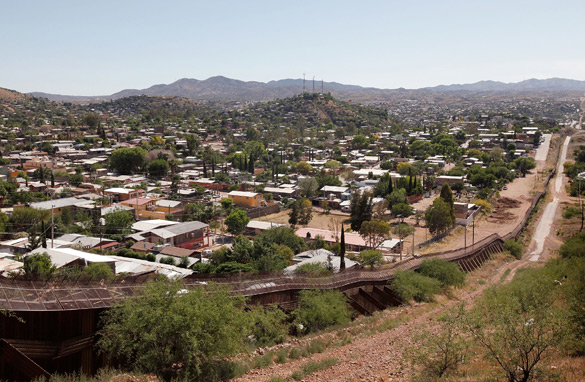 A fence separates Mexico (left) from the United States (right) along part of a 226-mile stretch of the border known as the ‘Tucson Sector.’ (PHOTO CREDIT: Getty Images)

(CNN) - A proposed Arizona law would deny birth certificates to children born in the United States to illegal immigrant parents.

The bill comes on the heels of Arizona passing the nation's toughest immigration law.

John Kavanagh, a Republican state representative from Arizona who supports the proposed law aimed at so-called "anchor babies," said that the concept does not conflict with the U.S. Constitution.

"If you go back to the original intent of the drafters ... it was never intended to bestow citizenship upon (illegal) aliens," said Kavanagh, who also supported Senate Bill 1070 - the law that gave Arizona authorities expanded immigration enforcement powers.

Under federal law, children born in the United States are automatically granted citizenship, regardless of their parents' residency status.