Scenes from the White House: Obama meets with BP 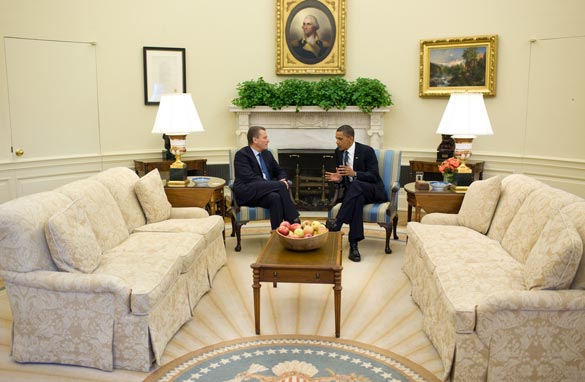 (More after the jump)
END_OF_DOCUMENT_TOKEN_TO_BE_REPLACED

[cnn-photo-caption image= http://i2.cdn.turner.com/cnn/2010/images/06/16/art.pence0525y.gi.jpg caption = “Rep. Mike Pence believes Turkey should not head down a path of closer diplomatic relations with Iran.”]
Washington (CNN) - Supporters of Israel in the U.S. House warned Turkey on Wednesday they might support a resolution recognizing the Armenian genocide that so far has failed to come up for a vote by the full chamber.

Turkey opposes the resolution that would bring formal U.S. recognition of the 1915-1923 campaign by Turkey's Ottoman Empire against the Armenian population of eastern Anatolia region as genocide.

The resolution passed the House Foreign Affairs Committee by a single vote in March, but so far has not come up for debate by the full House. Turkey called home its U.S. ambassador to protest the House committee vote.

However, House members who have been unwilling to support the resolution now say they might change their minds due to Turkey's pro-Iranian moves and support for the recent effort to break Israel's blockade of Gaza.

"There will be a cost if Turkey stays on its present heading of growing closer to Iran and more antagonistic to the state of Israel," Rep. Mike Pence, R-Indiana, told a news conference. "It will bear upon my view and I believe the view of many members of Congress on the state of the relationship with Turkey."

[cnn-photo-caption image= http://i2.cdn.turner.com/cnn/2010/images/06/16/art.obama.ohio051810.jpg caption="Obama will travel to Columbus, Ohio on Friday."]
Washington (CNN) - President Barack Obama travels to Ohio Friday for the sixth time since taking office in a visit focused on the economy.

According to the White House, the president will "meet with workers and deliver remarks at the groundbreaking of a road project funded by the American Recovery and Reinvestment Act" in Columbus.

Columbus was the location of his first visit to Ohio as president. In March 2009, he attended a graduation ceremony for 25 police cadets who had been slated to lose their jobs until the city used stimulus money to fund their salaries for the year. The White House credited the economic stimulus plan for saving those jobs and used the trip to illustrate that the plan was working.

Brown spoke in the morning with WBUR, the Boston NPR affiliate, following the president's Tuesday night address to the nation about the ongoing oil spill.

Brown and Obama are scheduled to sit down at 2:30 p.m. ET in the president's West Wing office. The meeting is closed to the press.

"I'm going to talk, I'm presuming, about his national energy tax idea, and I'm sure he'll bring up immigration, and then I'm going to try to focus on jobs and see what the plans are to try and get this economy moving again," Brown told WBUR.

END_OF_DOCUMENT_TOKEN_TO_BE_REPLACED

[cnn-photo-caption image= http://i2.cdn.turner.com/cnn/2010/images/06/16/art.oilinwater.jpg caption="A new poll indicates that many Americans believe some beaches and wildlife in the Gulf of Mexico will never recover from the disastrous oil spill."]
Washington (CNN) - Many Americans believe that some beaches and wildlife affected by the oil spill in the Gulf of Mexico will never recover, according to a new national poll. Also, more than four in five think the oil spill will hurt the country's economy, with 79 percent adding that American consumers will see a jump in gas and food prices.

A USA Today/Gallup survey released Wednesday also suggests a gender gap on the issue, with women respondents much more pessimistic than men. Six out of ten women say some beaches will never recover, compared to 37 percent of men. And 65 percent of females say some species may never return to pre-spill levels, compared to 52 percent of male respondents.

The poll indicates that overall, 59 percent of the public thinks that normal levels for some species hurt by the environmental catastrophe may never recover, with another one in five saying that it could take ten or more years for such species to recover. Forty-nine percent of people questioned say that some of the affected beaches will not recover, with another one in four adding that it will take a decade or longer for such beaches to return to normal.

END_OF_DOCUMENT_TOKEN_TO_BE_REPLACED

[cnn-photo-caption image= http://i2.cdn.turner.com/cnn/2010/images/06/16/art.joemiller1.joemiller.jpg caption =" The Tea Party Express will endorse Joe Miller for Senate on Wednesday."]Washington (CNN) - The Tea Party Express endorsed on Wednesday a little known Alaska candidate in a bid to oust an incumbent Republican senator who is part of the Senate GOP leadership.

The group is backing Joe Miller in Alaska's Republican senate primary. In a statement, the Tea Party Express "vows to defeat" Sen. Lisa Murkowski, who is vice chairman of the Senate Republican Conference.

"The Tea Party Express will make Miller's campaign its top priority between now and the August 24th Alaska Primary, and will devote the resources necessary to ensure Miller's victory," the group said in a statement.

END_OF_DOCUMENT_TOKEN_TO_BE_REPLACED 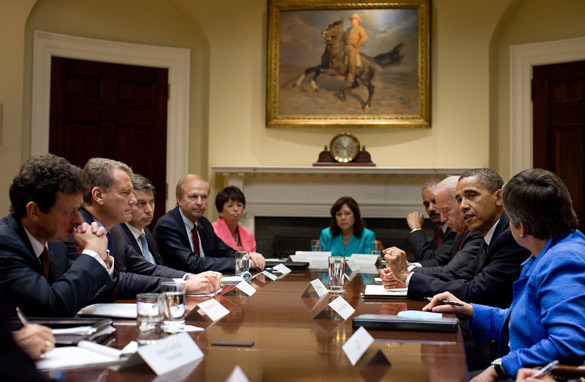 "I am becoming increasingly concerned about the lack of progress on the supplemental and strongly urge Congress to complete its work on the request as quickly as possible," Gates told the Senate Appropriations Committee.

The Pentagon has requested an additional $33 billion to support the added financial costs of President Barack Obama's new strategy for the war in Afghanistan, now the longest conflict in U.S. history. Gates told senators that if there is no passage of the funding by the July 4 congressional recess, "We will have to begin planning to curtail defense operations."

"Such planning is disruptive, can be costly and especially in a time of war, and I ask your help in avoiding this action," he said.

[cnn-photo-caption image= http://i2.cdn.turner.com/cnn/2010/images/06/16/art.rncad.0616.youtube.jpg caption = “The RNC released a hard hitting new web video Wednesday.”]Washington (CNN) - The Republican National Committee accuses President Obama of failing to focus his full attention on the Gulf oil spill, specifically criticizing him in a new web video of waiting 58 days to meet with BP executives to discuss how to address this environmental disaster.

Obama met with BP officials Wednesday morning in the Roosevelt Room, less than 24 hours after he returned from the Gulf and delivered a primetime address from the Oval office outlining his plan to revive the region.

The RNC’s hard hitting video, which CNN viewed before it was released publicly Wednesday, alleges that instead of trying to find a solution to the Gulf crisis, Obama was too busy playing golf and attending events such as Paul McCartney’s White House concert.

The video weaves together devastating images the Gulf, Obama playing golf, a fictitious day planner and footage of him singing with McCartney.

END_OF_DOCUMENT_TOKEN_TO_BE_REPLACED

Editor's note: Gloria Borger is a senior political analyst for CNN, appearing regularly on CNN's "The Situation Room," "AC360°" and "State of the Union" as well as participating in special event coverage.

Washington (CNN) - We're not used to seeing President Obama in the Oval Office, and that's for a good reason: He's never spoken to us from there. Yet Tuesday night, he chose to address the nation from behind the desk on the stage that yells a few things before a word is even spoken - importance of topic, urgency of task and, of course, commander in chief.

Trappings in place, Obama did sound like a president waging a fight, using the language of war to talk about the "battle" in the Gulf, one that is "assaulting" citizens; a "siege" for which he has a "battle plan."

But the warrior soon morphed into a company man with a PowerPoint presentation: an authorization to deploy 17,000 National Guard members, 5.5 million feet of boom laid across the water, the building of new islands in the barrier reef, more burning and skimming to collect the errant and ugly oil.

If you wanted to hear inspiration about the cleanup effort, it happened in the last paragraph of the speech when the president invoked the national "strength" and "resilience." But this was about a president asserting control on the ground, not soaring rhetoric.