[cnn-photo-caption image= http://i2.cdn.turner.com/cnn/2010/images/06/16/art.petraeus.0615y.gi.jpg caption = “Gen. David Petraeus was led out of a Senate hearing room Tuesday after fainting.”]Washington (CNN) - Gen. David Petraeus was back before the Senate Armed Services Committee on Wednesday and looking well a day after a mid-hearing faint postponed his previous appearance.

Senators were quick to resume their questioning of Petraeus, the chief of U.S. Central Command, over the progress of the war in Afghanistan. But before the questioning began, Petraeus - whose command over sees the wars in Afghanistan and Iraq - joked with the committee about the Tuesday incident, which was heavy replayed on cable television networks and online.

"Thank you for the opportunity for a redo hearing after I demonstrated yesterday the importance of following my first platoon sergeant's order 35 years ago to always stay hydrated," he said. "I'll try to remember that in the future."

Petraeus told reporters Tuesday that he collapsed at the hearing because he was dehydrated. Witnesses at Congressional hearings often try to curtail liquids in order to endure the long sessions, and Armed Services Chairman Carl Levin, D-Michigan, said yesterday that the general had also skipped breakfast.

"I do thank the committee as well for the chocolate chip cookies that were in the anteroom before this session," Petraeus said Wednesday.

END_OF_DOCUMENT_TOKEN_TO_BE_REPLACED 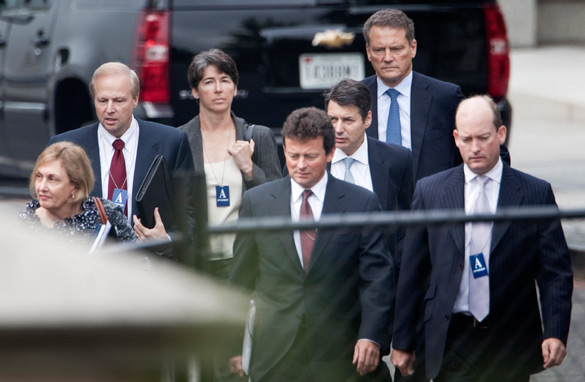 Tea Party favorite once a Democrat

[cnn-photo-caption image= http://i2.cdn.turner.com/cnn/2010/images/06/09/art.angle.traviscnn.jpg caption =" Sharron Angle was once a Democrat, the AP reports."](CNN) – Sharron Angle, the nominee for Senate in Nevada, and darling of the Tea Party movement, was once a member of the party she now so vigorously criticizes.

According to documents filed with the Humboldt County, Nevada, clerk's office and obtained by the Associated Press, Angle became a Democrat in June 1984 and remained in the party until at least March of 1988.

That means Angle left the Republican Party during several of the years the presidency was held by Ronald Regan – the conservative legend she often hails on the campaign trail.

Additional records obtained by the Associated Press show Angle has been a member of at least three political parties since the 1970's and has collectively spent more than ten years in a party besides the GOP. Angle also spent some time in the Independent American Party during the 1990's - a group that "believes in States Rights and strict adherence to the Laws and Principles set forth by the U.S. Constitution," according to its Web site.

Campaign spokesman Jerry Stacy says Angle voted for Reagan twice and only switched to the Democratic Party to help elect a conservative Democrat she then supported.

END_OF_DOCUMENT_TOKEN_TO_BE_REPLACED

Washington (CNN) - The Tea Party Express has ignited somewhat of a political mystery, touting in a statement that it will make a "major endorsement in the 2010 elections" on Wednesday.

CNN has learned who will receive that endorsement: U.S. Senate candidate for Alaska, Joe Miller.

Miller, a lawyer in Fairbanks, Alaska, is mounting a long shot bid to oust Sen. Lisa Murkowski, a popular Republican and part of the GOP leadership in the Senate.

Though Miller has far less name identity in the state, a source tells CNN that the Tea Party Express will pour in resources – including people and money – to help Miller overcome the odds.

The group known for espousing conservative ideals in cross-country bus tours will try to "level the playing field" across Alaska on Miller's behalf, the source said.

END_OF_DOCUMENT_TOKEN_TO_BE_REPLACED

[cnn-photo-caption image= http://i2.cdn.turner.com/cnn/2010/images/06/16/art.levin.bristol.file6.gi.jpg caption =" Bristol Palin tells ABC’s ‘Good Morning America’ that she and Levi Johnston are ‘co-parenting’ their son Tripp.](CNN) - Last month, Bristol Palin told Harper's Bazaar that Levi Johnston, her ex and the father of her son Tripp, was a "stranger" to her, yet reports have surfaced that their relationship is actually on the mend. In a statement to ABC's "Good Morning America," Palin defines the relationship as "co-parenting."

“I am doing my best to raise a happy, active and healthy boy,” Palin, 19, told “Good Morning America.”

“I believe that wherever possible, if the parents can cooperate and co-parent in a positive way, the child will benefit. Levi and I are turning a new page here as co-parents to this wonderful boy and putting aside the past because doing so is in Tripp’s best interest,” she added.

An article in Us Weekly claimed that Palin is back together with Johnston, quoting an unnamed source close to Palin who said the two are "very close" and "spend more time together than people think."

[cnn-photo-caption image= http://i2.cdn.turner.com/cnn/2010/images/06/16/artpawlenty0523y.gi.jpg caption ="Minnesota Gov. Tim Pawlenty announced Wednesday the formation of a new PAC in Iowa and New Hampshire."](CNN) - In what could be considered a build up towards a bid for the White House in 2012, Minnesota Governor Tim Pawlenty is announcing the formation of political action committees in Iowa and New Hampshire - the first two states to vote in the presidential primary calendar.

But a Pawlenty spokesman tells CNN Wednesday that setting up these PACs is all about this year's midterm elections, not the next presidential race.

"These state PACs will allow Tim Pawlenty to better help local candidates in this fall's elections," says Pawlenty spokesman Alex Conant. "As for what happens after the midterm elections, the Governor's said he'll decide what to do next in early 2011."

Pawlenty's announcement last summer that he would not run this year for a third term as governor was a tip off that he was considering a run for the 2012 Republican presidential nomination.

Since then, Pawlenty has been very visible, speaking out against the Obama administration and appearing at a number of major Republican and conservative events. He also became vice chairman of the Republican Governors Association and announced a group of new advisers, several of whom advised Pawlenty's likely 2012 rival - former Massachusetts governor Mitt Romney - during his 2008 presidential bid.

END_OF_DOCUMENT_TOKEN_TO_BE_REPLACED

Housing starts fell 10% from April to a seasonally-adjusted annual rate of 593,000 last month, the Commerce Department said. Economists were expecting housing starts to fall to only 655,000.

Building permits declined 5.9% to a seasonally-adjusted rate of 574,000 from April. Economists had anticipated a more modest decline to 631,000.

[cnn-photo-caption image= http://i2.cdn.turner.com/cnn/2010/images/06/16/art.mabus09y.gi.jpg caption ="Navy Secretary Ray Mabus was selected by President Obama on Tuesday to help draw up the government's plan for recovery efforts in conjunction with officials in the Gulf Coast states."](CNN) - Navy Secretary Ray Mabus, who will develop a long-term plan for the restoration of the states affected by the massive oil leak in the Gulf of Mexico, is a former governor of Mississippi whom the White House has called a proven leader.

The 61-year-old Mabus was selected by President Obama on Tuesday to help draw up the government's plan for recovery efforts in conjunction with officials in the Gulf Coast states.

"The plan will be designed by states, local communities, tribes, fishermen, businesses, conservationists, and other Gulf residents. And BP will pay for the impact this spill has had on the region," Obama said in a nationwide address from the Oval Office.

Last year when Mabus was selected to lead the Navy, the Obama administration released a statement that said: "The president nominated Governor Mabus to be secretary of the Navy because he has the proven leadership and experience our nation needs to serve in this important position."