Will Prop 8 ruling have an impact on other states? 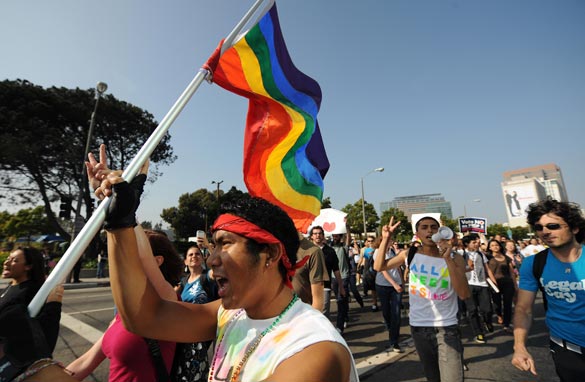 Protesters make their case at an anti-Proposition 8 rally in east Los Angeles, California, on May 26, 2009. (PHOTO CREDIT: Getty Images)

Washington (CNN) - While closing arguments have ended in California's Proposition 8 trial - a case that will determine the constitutionality of California's same-sex marriage ban - the outcome may not have an impact on states considering similar legislation.

The reason: State budget crises and the upcoming elections have shifted the focus from social issues to fiscal stability, which will sidetrack same-sex marriage legislation in other states, a policy expert said.

"I have also seen this issue pushed aside since the recession started. States are just so focused on budgets and the shortfalls," said Christine Nelson, a program director at the National Council of State Legislatures. "I had a legislator tell me 'Are you kidding? Our state needs money and job creation. So why in the world would we be tackling that?' "

Nelson, who follows the issue of same-sex marriage, said there's been very little legislative activity this year, which she attributes to a year where most legislators are up for re-election.

"I talked to advocates last fall and I said what are you expecting this session? And they said 'Oh, nothing, it's an election year' - no one's going to touch these issues."