Reaction comes in after McChrystal departure

"This morning the president accepted my resignation as commander of U.S. and NATO Coalition Forces in Afghanistan. I strongly support the president's strategy in Afghanistan and am deeply committed to our coalition forces, our partner nations and the Afghan people. It was out of respect for this commitment - and a desire to see the mission succeed - that I tendered my resignation. It has been my privilege and honor to lead our nation's finest."

Read reaction from lawmakers to President Obama's decision after the jump:
END_OF_DOCUMENT_TOKEN_TO_BE_REPLACED

Manning, South Carolina (CNN) - Seated in the living room of the modest home Alvin Greene shares with his father, the surprise winner of this month's Democratic Senatorial nomination is still trying to deal with the notoreity and series of questions that victory has brought.

"I am the best candidate in this United States Senate race in South Carolina," Greene emphasized during a lengthy interview with CNN Wednesday.

On questions of how he could afford the $10,000 filing fee necessary to enter the primary race, he again insisted it was his own personal money savings he had accumulated during his time in the military.

It is "money I saved in the Army," Greene told CNN.

Greene, who was discharged last August, is not currently working and is drawing a monthly unemployment check.

Some state Democrats have speculated he was a plant by someone hoping to disrupt the race and want the origins of the filing fee funds to be investigated.

END_OF_DOCUMENT_TOKEN_TO_BE_REPLACED

Levin hopes for Petraeus hearings as early as next week 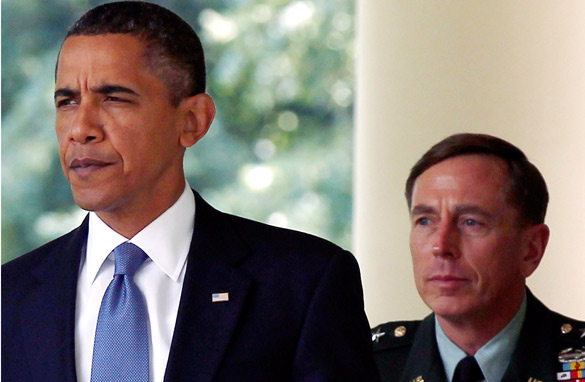 Related: McChrystal relieved of command, Petraeus chosen to take over

Penn, whose real name is Kalpen Modi, left his post as associate director in the White House Office of Public Engagement on June 1 because of prior obligations.

"In order to fulfill a commitment he made prior to the start of his employ here, Mr. Modi resigned his post on June 1," White House spokesman Shin Inouye told CNN. "We deeply appreciate his service and wish him the best in his future endeavors."

According to reports, Penn is scheduled to film another installment of his "Harold and Kumar" movies.

During his time in DC, he was robbed at gunpoint. His wallet and cell phone were stolen, but he was not seriously injured.

Penn was a vocal supporter of then candidate-Obama and often appeared on the campaign trail on Obama's behalf.

Democrat raised 'in a chicken shack'

[cnn-photo-caption image= http://i2.cdn.turner.com/cnn/2009/images/11/11/art.strickland.gi.jpg caption ="The camp of Strickland's opponent took aim at the Democrat's humble upbringing."](CNN) - The first line of Ohio Gov. Ted Strickland's campaign biography boasts the Democratic governor is "the son of a steelworker" who "never imagined he'd be able to go to college."

Indeed, Strickland's humble upbringing is just the type campaigns love to highlight, and never more so during an economic climate that still hasn't shown signs for recovery for many Ohioans.

Kasich spokesman Rob Nichols said in a statement Tuesday Strickland is a poor manager of Ohio's cities because the Democrat was raised "in a chicken shack on Duck Run."

END_OF_DOCUMENT_TOKEN_TO_BE_REPLACED

McChrystal relieved of command, Petraeus to replace him 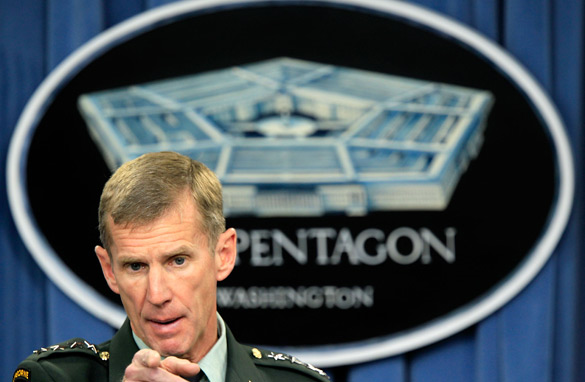 Obama said McChrystal's conduct "does not meet the standard that should be set by a commanding general" and undermines both civilian authority and trust.

He said his decision to change commanders in Afghanistan is "a change in personnel, but ... not a change in policy."

Obama said he could not maintain a "unity of effort" in the Afghan war without a change of command. Obama said he won't "tolerate division" among his military commanders. "Our nation is at war," he said at the White House. "We face a very tough fight in Afghanistan."

[cnn-photo-caption image= http://i2.cdn.turner.com/cnn/2010/images/06/23/art.economypoll.0623y.gi.jpg caption=" A CNN Opinion Research Corporation national survey released Wednesday indicates that 78 percent of the public says the economy is still in a recession."]Washington (CNN) - Most Americans believe that the country is still in a recession, but one in five now say that the recession is over - the highest number since October, 2008, and double the number who felt that way last May, according to a new national poll.

A CNN/Opinion Research Corporation national survey released Wednesday indicates that 78 percent of the public says the economy is still in a recession, with 21 percent saying the recession is over, more than double the number of Americans who believed the recession was over in May of last year.

"More signs of growing optimism: the number who say that the country is in a serious recession has dropped from 42 percent last fall to 33 percent now," says CNN Polling Director Keating Holland

But an uptick in economic optimism has not led to an increase in the number of Americans who think things are going well in the country. In fact, that number has dropped since March and the situation in the Gulf of Mexico is the likely reason for that.

"There are some glimmers of optimism on the economic front, but the public's overall mood has taken a dip that is probably due to the oil spill in the Gulf of Mexico," adds Holland.

END_OF_DOCUMENT_TOKEN_TO_BE_REPLACED

“Other cable news channels force-feed viewers one narrow, predictable point of view; in contrast, CNN will be offering a lively roundup of all the best ideas – presented by two of the most intelligent and outspoken figures in the country,” Jon Klein, president of CNN/U.S., said in a statement released by the network. “Eliot and Kathleen are beholden to no vested interest – in fact, quite the opposite: they are renowned for taking on the most powerful targets and most important causes.”

Parker, whose columns appear in over 400 newspapers twice a week, in April received the Pulitzer Prize for Commentary. She describes herself as a “rational” conservative.