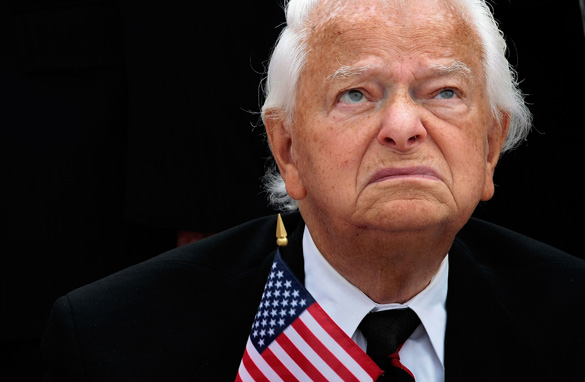 I was saddened to hear this morning that the people of West Virginia have lost a true champion, the United States Senate has lost a venerable institution, and America has lost a voice of principle and reason with the passing of Robert C. Byrd.

Senator Byrd’s story was uniquely American. He was born into wrenching poverty, but educated himself to become an authoritative scholar, respected leader, and unparalleled champion of our Constitution. He scaled the summit of power, but his mind never strayed from the people of his beloved West Virginia. He had the courage to stand firm in his principles, but also the courage to change over time.

He was as much a part of the Senate as the marble busts that line its chamber and its corridors. His profound passion for that body and its role and responsibilities was as evident behind closed doors as it was in the stemwinders he peppered with history. He held the deepest respect of members of both parties, and he was generous with his time and advice, something I appreciated greatly as a young senator.

We take solace in the fact that he is reunited with his wife of nearly 69 years, Erma; and our thoughts and prayers are with their daughters, their grandchildren and great grandchildren, and all the people of West Virginia who loved Robert C. Byrd.