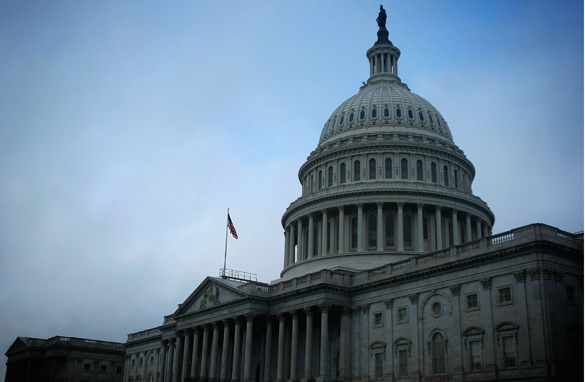 Washington (CNN) - With just over three months until November's midterm elections, a new national poll gives a picture of how Americans view the two political parties battling for control of Congress.

According to a CNN/Opinion Research Corporation survey released Friday, Democrats hold a 46 to 39 percent advantage over the Republican party on the question of which party cares more about the needs of people like you, with the Democrats and the GOP tied on which party can bring the kind of change the country needs.

But the poll indicates that the Republicans have a small to significant edge on several other measures.

According to the survey, the GOP is 14 points ahead of the Democrats on which party can protect the country from terrorism and which party is patriotic.

The survey also indicates that six in ten Americans say the government is now doing too much, and a majority say that the government should promote traditional values.

"These results illustrate the reasons why the Democrats are now behind on the so-called 'generic ballot' question," says CNN Polling Director Keating Holland. "The Democrats manage no better than a virtual tie on issues, but they are behind when it comes to handling the government. And when the presidency is not at stake, the congressional elections are the only way that voters can do something about the direction the government will take."