[cnn-photo-caption image= http://i2.cdn.turner.com/cnn/2010/images/07/07/art.manchin.file.jpg caption ="A spokesman for West Virginia Gov. Joe Manchin confirmed to CNN the DOJ served the state with two subpoenas this week."]
Washington (CNN) - The Department of Justice served the state of West Virginia two subpoenas this week, the governor's office said late Friday, adding that they had "not been informed that Governor [Joe] Manchin or any other state employee is under investigation."

The statement came after West Virginia Watchdog, a state chapter of the non-profit Franklin Center for Government and Public Integrity, reported the subpoenas are part of a federal grand jury investigation into work done at the Governor's Mansion in Charleston.

West Virginia Watchdog asked for contracts and records for businesses that have done work at the mansion.

Manchin's office said in a written statement that neither of the two subpoenas "was directed to Governor Manchin or the Governor's Office" and that "no individual" in his office was served.

END_OF_DOCUMENT_TOKEN_TO_BE_REPLACED

[cnn-photo-caption image= http://i2.cdn.turner.com/cnn/2010/images/06/19/art.mwilliams0619.gi.jpg caption="Former Tea Party Express spokesman Mark Williams is starting a PAC."]
Washington (CNN) - Mark Williams, who recently resigned in disgrace as Tea Party Express spokesman, exclusively tells CNN that he is rejoining the conservative grassroots movement. As Williams revealed his new plans he also took a swipe at the Tea Party movement for not being able to move beyond "the cheerleading stage."

Williams revealed, first to CNN, that he is helping to form a political action committee that will channel "Tea Party passion" into electing conservative candidates.

Williams said the effort will be called the "Citizens Reclaiming Constitutional Liberties PAC." He told CNN that paperwork is currently being filed to establish the group and that it should be up and running by August 16. From there, the PAC will proceed in raising seed money and finding candidates it deems conservative enough, Williams said.

"We'll be looking for…conservative young people who have something to offer, something to say and don't identify, in some cases, with either party," Williams told CNN in an exclusive interview.

END_OF_DOCUMENT_TOKEN_TO_BE_REPLACED

Kansas City, Missouri (CNN) - In a surprising move given her reputation as a political outsider, Sarah Palin is helping the Republican National Committee raise money ahead of November's elections.

Palin has attached her name to a letter and survey being mailed to RNC donors soliciting contributions for the committee's Victory 2010 program, a nationwide get-out-the-vote effort.

"Millions of Americans are expressing their frustration with the state of our government. I join them and seek to return our country to greatness," reads the letter, obtained by CNN Friday.

END_OF_DOCUMENT_TOKEN_TO_BE_REPLACED 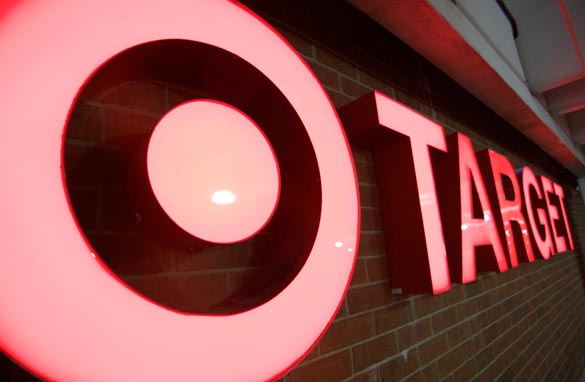 END_OF_DOCUMENT_TOKEN_TO_BE_REPLACED

Steele avoids talk of a second term at RNC

Pressed by reporters on whether he’s readying for a re-election bid - something he said was all but certain in a recent conversation with a conservative journalist - Steele avoided the question.

“Oh my goodness, can we get through this election first?” he answered.

Asked again as he was walking toward a reception with RNC members, Steele would only say: “You know what I thinking about now? Lunch.”

END_OF_DOCUMENT_TOKEN_TO_BE_REPLACED

[cnn-photo-caption image= http://i2.cdn.turner.com/cnn/2010/images/08/06/art.bennet.file8.gi.jpg caption ="Sen. Michael Bennet is pushing back against a critical report published Friday in the New York Times."](CNN) - A front page article in Friday's New York Times could spell trouble for Sen. Michael Bennet of Colorado, four days before he faces the test of voters in a competitive primary. But the senator and his campaign are pushing back hard against the article, which they consider one-sided and not accurate.

The story, headlined "Exotic Deals Put Denver Schools Deeper in Debt," reports that Bennet, who served as the superintendent of Denver's schools before being named to the Senate, persuaded school board members to strike a deal with Wall Street bankers two years ago to try and plug a $400 million hole in the school system's pension plan. Instead, the article alleges that deal, involving taking out high risk loans to cover mounting debt, "went awry" during the Wall Street collapse and eventually cost the school system millions of dollars.

"I know the New York Times is always looking to break a big story, but in this case, they just got it wrong. This story has been covered by local reporters who have provided more balanced, fair, and accurate coverage. The New York Times got caught up in a heated political primary where my opponent and his supporters have repeatedly tried to score points at the expense of kids and have once again disregarded the facts," says Bennet in a statement released by his campaign.

The senator adds that a report released last week by independent auditors indicates that Denver's schools are in "better financial shape than the rest of the state's pension system. Put simply, we left the district's pension in better shape than any other district in Colorado."

END_OF_DOCUMENT_TOKEN_TO_BE_REPLACED

[cnn-photo-caption image= http://i2.cdn.turner.com/cnn/2010/images/05/12/art.rnc.gi.jpg caption ="The RNC has approved a 2012 presidential calendar that pushes the first GOP primaries to February 2012."]Kansas City, Missouri (CNN) - The Republican National Committee on Friday passed an amendment that would shift the 2012 presidential calendar to later in the year and punish states that try to move up their nominating contests.

But the amendment also mandates that those states hold their primaries or caucuses no earlier than February 1, 2012 - a response to the front-loaded 2008 calendar that forced candidates in both parties to spend the normally sleepy holiday season of December and January in full campaign mode.

And in an effort to discourage other states from moving up their contest dates, which could set up a so-called "national primary" that would favor better-funded presidential candidates, the amendment would punish other states who hold February contests by stripping them of delegates to the national convention.

END_OF_DOCUMENT_TOKEN_TO_BE_REPLACED

[cnn-photo-caption image= http://i2.cdn.turner.com/cnn/2010/images/08/06/art.steele.0806y.gi.jpg caption ="RNC chairman Michael Steele told party activists Friday that he has re-shaped the committee into a successful grassroots organization."]Kansas City, Missouri (CNN) - Facing questions about whether he can win a second term as chairman of the Republican National Committee, Michael Steele boasted Friday that he has re-shaped the committee from an unwieldy top-down behemoth into an agile grassroots organization with a record of success.

Appearing before committee members at the RNC summer meeting while donning a bright red cap emblazoned with the slogan "Fire Pelosi!," Steele painted a rosy picture of GOP unity ahead of the midterm elections.

"Thank goodness we have Republican 527s that are ready to go out and fight with us," Steele said, a reference to a several independent groups formed partly in response to concerns over RNC's dwindling financial muscle.

The RNC had $10.9 million in the bank at the end of June but pledged this week to raise $60 million more before the year is out. It's an ambitious goal considering that some top GOP donors have fretted over Steele's stewardship of committee resources.

END_OF_DOCUMENT_TOKEN_TO_BE_REPLACED

Washington (CNN) - President Barack Obama used an appearance at a small business in Washington to again call on Congress to pass small-business legislation that he says will help strengthen the American economy.

The Small Business Jobs and Credit Act is currently stalled in the Senate.

"It is so important to pass this jobs bill for America's small businesses. That's where most of our jobs are created. And small businesses have been especially hard-hit by the economy," said Obama, speaking at Gelberg Signs.

The bill would authorize the creation of a $30 billion lending fund. The Treasury Department would run the program, which would deliver ultra-cheap capital to community banks, defined as those with less than $10 billion in total assets.