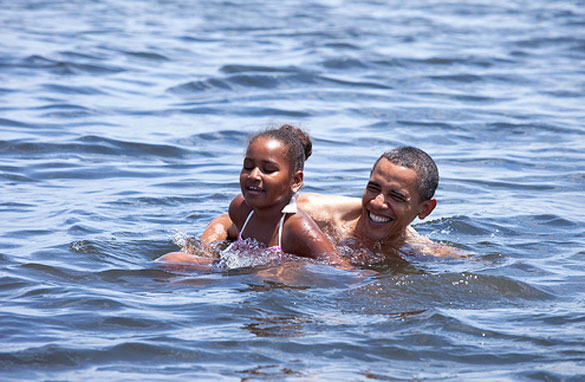 END_OF_DOCUMENT_TOKEN_TO_BE_REPLACED

Washington (CNN) – While new media tools such as Facebook and Twitter propelled Democrats to success during the 2008 campaign, Organizing for America is relying on a vintage technology this election cycle: the telephone.

OFA, the grassroots structure that grew out of President Obama’s presidential run that was folded into the Democratic National Committee, has partnered with MaestroConference, a social conferencing platform, to host 5,200 conference calls since March 2009, CNN has learned.

While conference calls are not a new organizational tool, OFA is utilizing new technology to make the phone a relevant political tool once again.

END_OF_DOCUMENT_TOKEN_TO_BE_REPLACED

Obama 'not commenting on wisdom' of controversial Islamic center

Panama City, Florida (CNN) - President Barack Obama told CNN Saturday that in defending the right of Muslims to build a community center and mosque near ground zero in a speech Friday night, he was "not commenting on the wisdom" of the project but trying to uphold the broader principle that the government should treat "everyone equal, regardless" of religion.

"In this country, we treat everybody equally and in accordance with the law, regardless of race, regardless of religion," Obama said after giving a speech on the Gulf Coast oil disaster in Panama City, Florida.

While speaking at a White House dinner celebrating the Islamic holy month of Ramadan, Obama threw his support behind a controversial proposal to build an Islamic center and mosque near New York's ground zero, saying Friday that "Muslims have the same right to practice their religion as anyone else in this country."

"Just to be clear, the President is not backing off in any way from the comments he made last night. It is not his role as President to pass judgment on every local project. But it is his responsibility to stand up for the Constitutional principle of religious freedom and equal treatment for all Americans.

What he said last night, and reaffirmed today, is that If a church, a synagogue or a Hindu temple can be built on a site, you simply cannot deny that right to those who want to build a Mosque.

The World Trade Center site is hallowed ground, where 3000 Americans-Catholics, Protestants, Jews and Muslims were the victims of a cold-blooded massacre. We are still at war with the small band of terrorists who planned and executed that attack.

But that does not give government the right to deny law-abiding Americans of one faith the same rights you would accord anyone else." 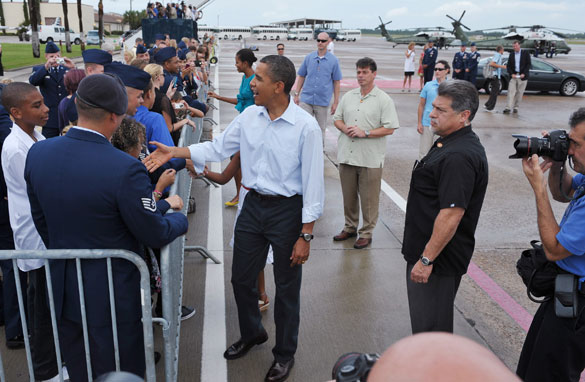 Durbin out of hospital after surgery

[cnn-photo-caption image= http://i2.cdn.turner.com/cnn/2010/images/08/12/art.durbin.file-.jpg caption ="Illinois Senator Dick Durbin, the Democrats' number two man in the Senate, has been released from the hospital.'"](CNN) - Sen. Dick Durbin, D-Illinois, was released from University of Chicago Medical Center Friday night after undergoing surgery to have a small tumor removed from his stomach.

"At approximately 7pm last night, Sen. Dick Durbin was discharged from University of Chicago Medical Center where he was recovering after having a small tumor removed." Durbin spokesman Joe Shoemaker said in statement to CNN. "Durbin expects to resume a light schedule in a few days and a full schedule next week."

The senior Illinois Senator underwent surgery Thursday to have a small gastro-intestinal stromal tumor (GIST) removed from his stomach.

According to Durbin's doctors, there was no evidence that the tumor had spread beyond the site from which it was removed.

END_OF_DOCUMENT_TOKEN_TO_BE_REPLACED

"I think he's right - yeah," Crist, who was elected governor as a Republican but is now running for Senate as an independent candidate, told CNN. "We are a country in my view that stands for freedom of religion. You know, respect for others. I know there are sensitivities and I understand that, but I think Mayor Bloomberg is right and I think the President is right."

Crist offered his support in a brief interview as he waited for Obama to arrive at a U.S. Coast Guard station for a presidential visit aimed at boosting tourism in the Gulf region, which has suffered economically as a result of the BP oil spill – the worst in American history.

END_OF_DOCUMENT_TOKEN_TO_BE_REPLACED

(CNN) - Perhaps one of the more telling factors in how a campaign is doing might be how much cash it raises – and has at its disposal.

END_OF_DOCUMENT_TOKEN_TO_BE_REPLACED

The custody agreement comes just weeks after the couple called off their re-engagement.

Under the agreement, Johnston gets visitation rights two days a week, while Palin gets primary physical custody of their son Tripp. The couple will share legal custody, Johnston's lawyer told the Associated Press.

END_OF_DOCUMENT_TOKEN_TO_BE_REPLACED

Toomey: America at a crossroads

END_OF_DOCUMENT_TOKEN_TO_BE_REPLACED

Read the full text of the Weekly White House address after the jump.