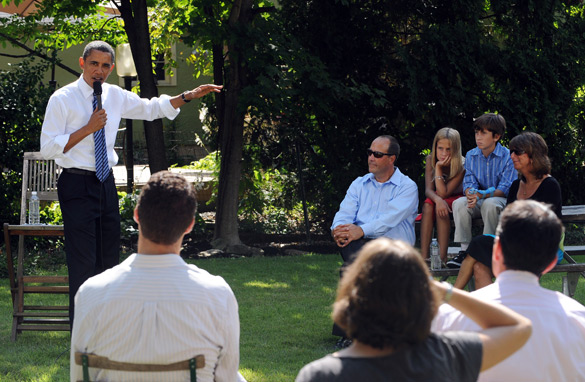 President Obama told some residents of Columbus, Ohio on Wednesday that social security would not be privatized while he is in the White House. (PHOTO CREDIT: Getty Images)

Columbus, Ohio (CNN) - President Barack Obama pledged Wednesday that the Social Security system won't be privatized while he is in the White House.

In a town-hall style meeting with a few dozen residents of Columbus, Ohio, Obama said "modest" changes can keep the government pension system solvent for decades.

Republicans have called for transforming the government program to a private savings account as a way to help keep it going as America's aging population stresses its financial health.

"It will not be privatized as long as I'm president," Obama said to applause, noting that the economic recession and Wall Street collapse would have devastated the savings of retirees under a privatized Social Security system.