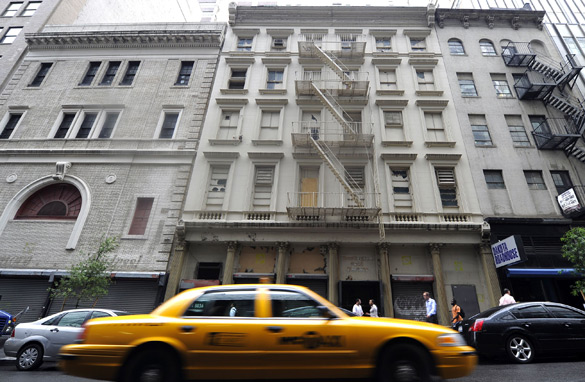 This building in New York used to house a Burlington Coat Factory and is slated to house Cordoba House, a planned Islamic community center and mosque. (PHOTO CREDIT: Getty Images)

(CNN) - New York voters oppose by a nearly 2-to-1 margin plans to build an Islamic community center and mosque near Ground Zero in Manhattan, according to a new Siena Research Institute poll released Wednesday.

The same voters, however, overwhelmingly say the center's developers have a constitutional right to build it.

"A majority of every demographic group – by party, region, age, gender, political philosophy – agrees that there is a Constitutional right to proceed," said Siena College pollster Steven Greenberg. "Even a majority of those who oppose building the mosque agree by a margin of 51-42 percent that they have the right to build it."

The Siena poll has a sampling error of plus or minus 3.5 percent. It was conducted by phone with 788 New York State voters from August 9-16.