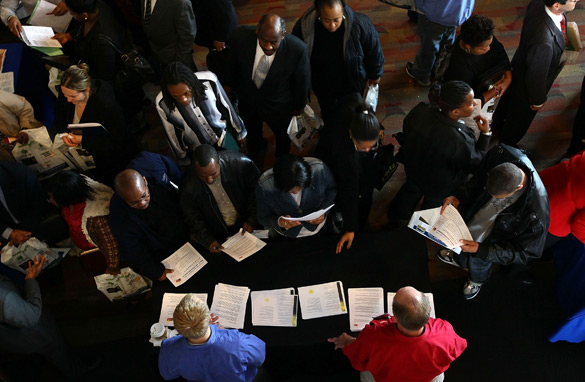 A jobs fair in Washington, DC. On Thursday, the federal government announced that the number of first-time filers for unemployment insurance rose to 500,000. (PHOTO CREDIT: Getty Images)

New York (CNNMoney.com) - In a troubling sign for the economy, the number of first-time filers for unemployment insurance rose to 500,000 last week, according to a government report released Thursday.

It was the third weekly increase in a row. There were 12,000 more claims filed last week over a revised 488,000 the previous week, the Labor Department said.

A consensus estimate of economists surveyed by Briefing.com expected 475,000 new claims for the week that ended Aug. 14.

Initial claims had been mired in the mid- to upper-400,000s since November.